When midwesterner Chris Mundy ’88 decided on a location for his latest TV show, he chose present-day Detroit, whose bombed-out blocks and crumbling buildings are a perfect backdrop for the program’s atmosphere of decay and corruption. Low Winter Sun, which debuted on AMC in August with Mundy as writer and executive producer, tells the story of a cop drawn into the underworld after murdering another officer. Mundy, pictured above, right, on the set with director Ernest Dickerson, adapted the thriller from a British miniseries set in Scotland. Asked in an interview why he chose Detroit, he said, “It just seemed like the most pure version of what I was hoping to go for.” The show airs Sundays at 10 p.m. EST. 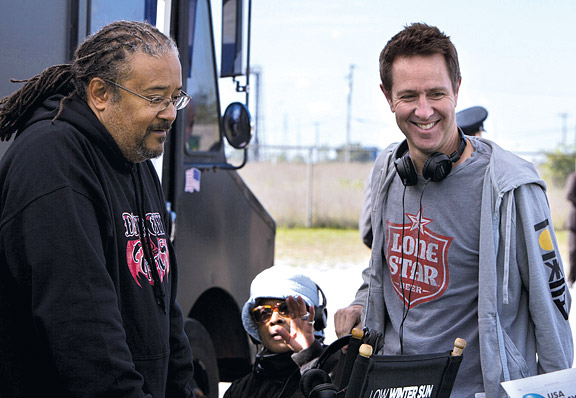 Alicia Gbur/AMC
What do you think?
See what other readers are saying about this article and add your voice.