Laura Linney ’86 returns to the big screen this fall, after wrapping up the final season of Showtime’s The Big C. In the thriller The Fifth Estate,  she plays lawyer Sarah Shaw opposite Stanley Tucci, above. The fictional drama is based on Daniel Domscheit-Berg’s Inside WikiLeaks: My Time with Julian Assange at the World’s Most Dangerous Website and depicts the early days when Assange and Berg walked the line between exposé and treason with their anonymous online leaks. The Fifth Estate opened the Toronto Film Festival September 5, kicking off Oscar season. It screens nationally starting October 12. 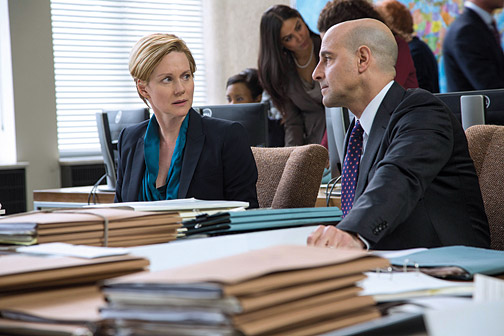 Reader Responses to The Fifth Estate