Never Too Young to Learn

June Moss Handler ’43 thinks the politicians who’ve recently been promising universal pre-K aren’t going far enough. “I want to see universal early childhood education, beginning with infants,” she says. A pioneer in the field of infant-toddler education, Handler says, “Children are going on a journey right from birth. There’s so much learning that goes on [during] the first three years of life.” 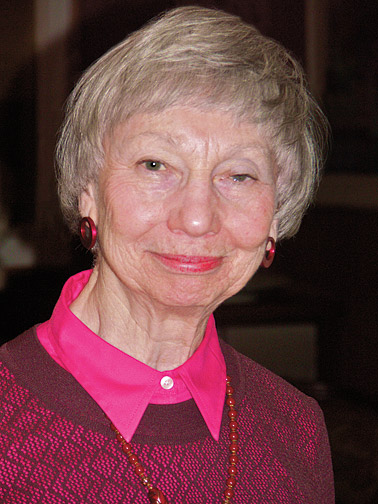 Handler began studying education in the 1960s. She knew little about infants. As was standard at the time, early childhood education didn’t start until age three. Then, in the wake of the 1967 race riots in Newark, she was invited to meet with a grassroots coalition of low-income parents with limited access to childcare. They worked to establish what would eventually become Babyland, the first infant-toddler center in New Jersey. “My commitment was strong,” Handler says, “my professional knowledge weak.”

She overcame her ignorance by reading everything she could about what kids learn between birth and age three. She met with experts and visited infancy programs. Too often, Handler says, infant childcare providers are “a babysitting service. They think infants are cutesy sometimes, but they don’t realize the growth that’s taking place, or they don’t think it’s necessary to do much with infants and toddlers, because they’re just babies.” To help counteract these tendencies, she trained Babyland’s staff, helped design the center’s layout, and wrote its curriculum.

Soon dozens of early childhood educators began showing up at her office at Kean University in New Jersey to learn from her experiences. Handler, along with one of her graduate students, founded the nonprofit Coalition of Infant/Toddler Educators, which helped develop and implement New Jersey’s state regulations for infant care centers, regulations that were then adopted by other states around the country.

Handler was also becoming aware of the role of prejudice and racism in early childhood development. “I know why pink’s nice,” one elementary-school child told her while Handler was conducting research for her doctoral dissertation in the early 1960s. “’Cause it’s white. Black is dirty black, and pink is a good color.”

Handler set about devising strategies to overcome this kind of racial bias early in a child’s life. “Paint all the things you like that are brown,” was one activity she suggested for children in the journal Childhood Education. “Think of the night and how gently it covers you while you sleep. Paint all you like about the night.”

When Handler noticed that the crayon labeled “flesh” was fueling some of the kids’ prejudice—the white kids would tell the black kids, “You have no flesh!”—she wrote to Crayola. The company promptly changed the name of the color to peach, one of only three times the company has changed the name of a crayon color.

In 1965 Handler became head of the New Jersey region’s newly launched Head Start program, which was designed to narrow the achievement gap in early childhood for low-income children. “It was the time of [President] Johnson’s Great Society, and we believed that we would accomplish much,” Handler said. “They were exhilarating days, a constant high.”

She wrote about her theories in her 2003 book, Infants and Toddlers as Members, Makers, and Interpreters: A Philosophical Journey. In it, Handler explores how children develop their sense of membership within families and cultures and how their imagination and creativity help them to develop into autonomous people. Babies’ first years, Handler says, “are when they learn who you are, and who they are, and how they can function in the world. How they will eventually function happens in those first three years. It’s crucial.”

Reader Responses to Never Too Young to Learn