On a mid-fall day, my friend Mark and I stand in front of a boutique in Greenwich Village that specializes in cutting-edge British designers. We peer in the display windows. 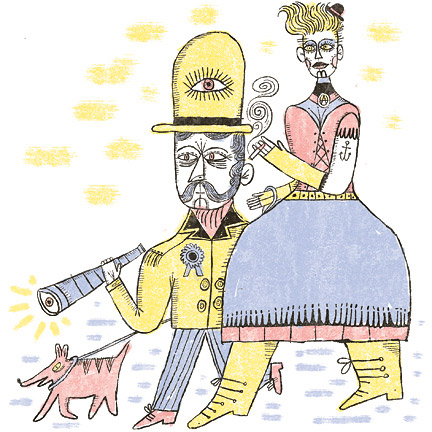 He persists, but I refuse to go inside. I don’t feel stylish enough in my black jeans and oversized shirt. Later in the week Mark tells me he went back.

“I tried on a jacket,” he crowed over the phone. “Vivienne Westwood!” With her punk-cum-new-wave style, she’s a designer I adore. By refusing to enter the boutique, I’d missed an opportunity not just to see clothes, but to touch and feel a work of art.

This was the mid-1980s. I rarely shopped then, but I did spend time looking at clothing, clothing that I saw as an extension of the art, design, and performance art that I followed assiduously. In 2011, I wrote a book about British designer Alexander McQueen’s runway shows, which were as much performance art as fashion showcases. Some of McQueen’s ensembles and his featuring of handmade pieces reminded me of the Arts and Crafts movement from the turn of the last century. I also wrote about the way such contemporary designers as McQueen reuse and recycle Victorian and Edwardian fashions.

Slowly but surely I was led to steampunk fashion, a recasting of Victorian style. Novelist K.W. Jeter coined the term “steampunk” in the 1980s to describe science fiction stories set in Victorian London. Today there are steampunk fashions based on historic traditions from all over the world. A Japanese steampunk might wear a casual kimono with a traditional obi over high-heeled European boots, accessorized with a pocket watch and a mini top hat. American steampunks sometimes create outfits evoking the Old West—boots and vest with a gun holster or a long coat worn with a bowler.

In February 2013, while researching my book, I traveled to a hotel in Warwick, Rhode Island, to attend an annual steampunk convention. At first I thought I’d gone to the wrong place. The only thing in the impersonal beige lobby was a coffee stand. But then the elevator opened to reveal two men in kilts with a sporting air, a small person in goggles and a fanciful hat, and a woman swishing about in a long gown. Ashley, a steampunk I’d met in New York City, appeared in a bolero trimmed with fake fur and a leather corset, thus embodying adventurous steampunk glamour.

The more I learned about the steampunk community, the more I came to understand that steampunk is both an aesthetic and a way of life. Many steampunks strive to pare down their lives. Instead of stocking up at the mall, they seek handcrafted, locally made, and bespoke garments. They scour thrift shops, modify items, and make their own clothing. It is this do-it-yourself attitude that has me smitten.

For the convention, I cobbled together my own take on steampunk: a long skirt, an underbust vest, and a frilly shirt, accessorized with a pocket watch and fob. My outfit is neither elaborate nor handmade, but it will do—for now. My attitude toward fashion has shifted. At least when it comes to steampunk, I feel welcome to experiment and play with my clothes. I am no longer afraid to try things on.

Freelance writer Katherine Gleason’s most recent book is Anatomy of Steampunk: The Fashion of Victorian Futurism.