If Only Dad Had Known

“Why in the world does the Brown Alumni Magazine want to write about old ladies?” Phyllis Godwin ’48 asked when I contacted her. Then the 87-year-old CEO and owner of Granite City Electric Supply Company, an electrical distributor based in Quincy, Mass., sighed: “I just went to my 65th reunion at Brown. Sixty. Fifth. Two of my best friends from Brown had just died. It’s the price you pay for living this long.” 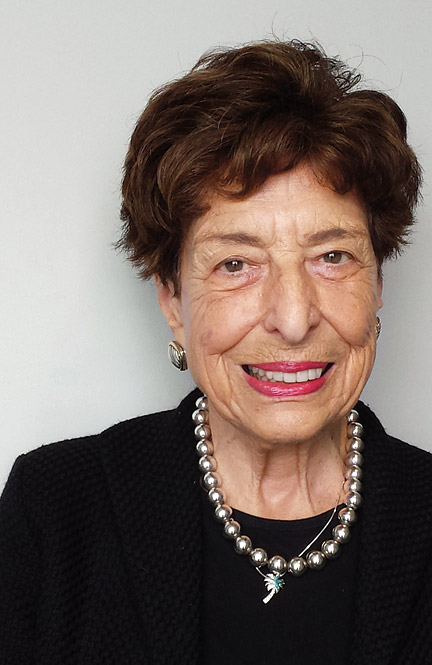 Godwin has been thinking a lot about her mortality lately—and her legacy. Her father, a true American success story, was born in Italy and immigrated to the United States with only a second-grade education. He was 16 at the time and spoke no English. He opened Granite City Electric in 1923 and 50 years later passed it on to Phyllis, his oldest daughter and the family’s first high school graduate. During her 41 years as owner and later CEO of Granite City, Godwin has grown it from a one-shop business into a $150 million regional power operating in five New England states.

At Pembroke, she majored in psychology. Unlike many of her classmates, she wasn’t overly concerned with marriage and family after graduation, and instead aspired to an MBA. She couldn’t find a program that accepted women. “There were almost no female role models in 1948,” she says.

Instead, she settled on a business certificate from Radcliffe. “Our classes were all taught by the Harvard Business School professors,” Godwin says, “but we were separated from the men, and at the end we received a certificate instead of a degree.”

When her father handed over control of Granite City, Phyllis had no management experience and was a single mom caring for two daughters. She says she wasn’t her dad’s first choice. He’d hoped to pass on the business to a son-in-law, but when that was no longer an option he had to “make do” with a daughter. It was then that Godwin enrolled in Suffolk University’s MBA program, whose classroom lessons she was soon applying at Granite City.

Thinking about her own daughters and granddaughter, Godwin says she is heartened that “there are a lot more resources for women today.” Still, she sees this generation of women running into some of the same roadblocks, especially in the business world.

“The majority of women are still choosing the helping professions,” she says. “I think that many women who go into business become disenchanted by the sexism and greed they encounter. It’s still a boys’ club.”

What Godwin wants these women to know is that there are many opportunities for change in the private sector. Over the years, Godwin worked to get women on boards of directors and served as mentor to rising female entrepreneurs. “Sometimes there is nothing better than hearing ‘I have faith in you’ from someone,” Godwin says. “It can make a real difference. It did for me.”

Godwin is now preparing to hand the company over to the next generation, though she plans to remain its treasurer and clerk and to participate in strategic decisions. “I never wanted to retire. But I had to face reality,” she says. Her daughters are on the board of directors, and one of her sons-in-law is the chairman of the board.

Godwin recalls with pride what her father said to her many years ago: “If I had known you were going to love this business so much and be so good at it, I would have started us working together a long time ago.”

Reader Responses to If Only Dad Had Known