What if Mr. Hyde Could Talk? 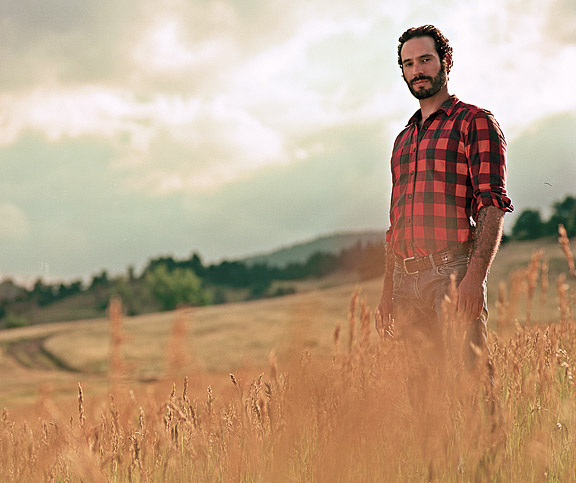 The best way to read Hyde, an ambitious take by Daniel Levine ’01 on The Strange Case of Dr. Jekyll and Mr. Hyde, may be to start on page 309. It’s way back there in the bonus material that you’ll find Robert Louis Stevenson’s original 1886 novella—a quick read, but one that lays out the tale’s blueprint and acts as an overture to Levine’s intriguing and largely convincing main production.

Hyde is Edward Hyde’s accounting of what happened to him as a result of Dr. Henry Jekyll’s transforming experiments with mysterious salts and injections of pale green serum. The book takes place over four claustrophobic days as Jekyll’s associates close in to unravel the secret. And in that space Hyde goes from being a sketched-in, hinted-at monster in the original to a largely sympathetic character as developed by Levine. Hyde is an eloquent, questioning narrator, who much of the time is reduced to looking over Jekyll’s shoulder, unable to influence events when he is out of “the body.”

Here he is describing rambling along, with murderous intent, on a Victorian London evening: “The night! It smelt of burning leaves, and the sky was a royal black embedded with scattered stars. Fresh air whisked into my clothes as I stumbled south, slapping the stone wall now and then for the ringing smack of life against my palm.”

Eventually we learn that Hyde is an alternate, fully conscious self, split off from Jekyll’s personality when the doctor was a child facing constant parental abuse. And as Hyde trundles through fog-draped lanes to murky pubs and brothels, some of which offer up young girls, we also learn that what’s driving Hyde along is Jekyll’s buried sexual fantasies. Hyde resists and acts valiantly when he can, becoming more poignant as the pages snap past. Levine’s layering in all this, as Hyde sees the world through Jekyll’s eyes and struggles against that vision, turns out to be one of the book’s major pleasures.

So, if you can, start with Stevenson’s original. That will make Levine’s much longer reimagining a far richer read.

Reader Responses to What if Mr. Hyde Could Talk?