Were we really born to run? Journalist Charles Bethea ’05 thinks so, which is why he helped produce a documentary film, Fair Chase, based on a 2011 article that he wrote for Outside. The film was released last summer on Vimeo, iTunes, and Netflix, and was shown at the 2015 Santa Barbara International Film Festival. Fair Chase follows ten elite marathon runners from around the world as they attempt to chase down North America’s fastest animal, the pronghorn antelope, which can sprint up to sixty miles per hour. “The idea was to test a theory about why humans run long distances,” Bethea says. “This theory, ‘persistence hunting,’ states that we became runners in order to survive: we used our endurance-enabled bodies to outlast faster animals running across the hot plains thousands of years ago; the animals couldn’t cool their bodies as efficiently. This is probably how we got protein before we had bows or knives.” In the film, the runners chase the antelope across scrubby ranch land in eastern New Mexico for hours in August heat. “What happened?” Bethea teases. “You’ll have to watch.” 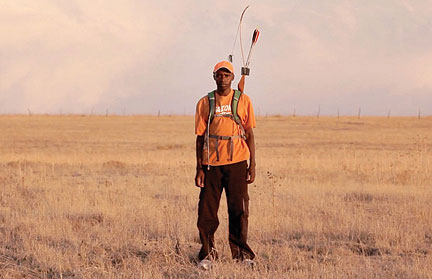 Reader Responses to Running Down Dinner