New books from the Brown community: 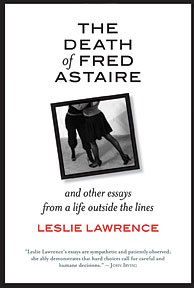 The Death of Fred Astaire: And Other Essays from a Life Outside the Lines by Leslie Lawrence ’73 MAT (SUNY Press)
In her lively debut collection, Lawrence writes about a vast constellation of subjects, including motherhood, sexuality, growing up in the 1960s, parenting, a cross-dressing workshop, caring for an ill partner, yard sales, and learning to fly on a trapeze. Many of these pieces first appeared in literary magazines, and Lawrence’s voice throughout is both vivid and intimate. 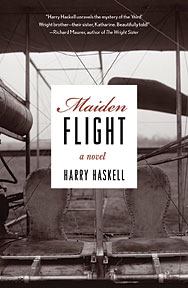 Maiden Flight by Harry Haskell ‘76 (Chicago Review Press)
In this debut novel, Haskell tells the story of Katharine Wright, the vivacious younger sister of Orville and Wilbur, who in 1926 married Harry Haskell, a Kansas City newspaper editor and the author’s grandfather. Using their love letters, newspaper clippings, and family documents as jumping-off points, Haskell has twined together three fictional memoirs that illuminate the story of Katharine’s break, when she was in her fifties, from Orville, her shy, possessive, world-famous brother, and her marriage to Haskell. 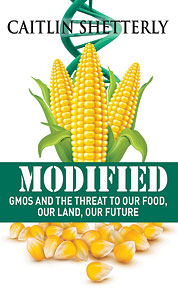 Modified: GMOs and the Threat to Our Food, Our Land, Our Future by Caitlin Shetterly ’97 (Putnam)
After Shetterly—and later her infant son—developed aches, rashes, and a constant cold, an allergist suggested that she might be sensitive to certain proteins in genetically modified corn. Desperate, Shetterly and her husband deleted all corn products from their family’s diet, and the symptoms improved dramatically. Shetterly (Made for You and Me) wrote about this for Elle; here, in a follow-up that’s part journalism, part road memoir, she travels across the Midwest, California, and parts of Europe profiling farmers, researchers, and activists on all sides of the GMO issue.

Now That I’m Here, What Should I Be Doing? Discover Life’s Purpose by William Harley ’67 and Jean Harley (Wisdom Editions)