In November, the Warren Alpert Foundation, whose $100 million gift in 2007 led to the naming of Brown’s medical school, donated another $27 million to make “a profound impact on the future of health care,” President Christina Paxson said when announcing the gift. 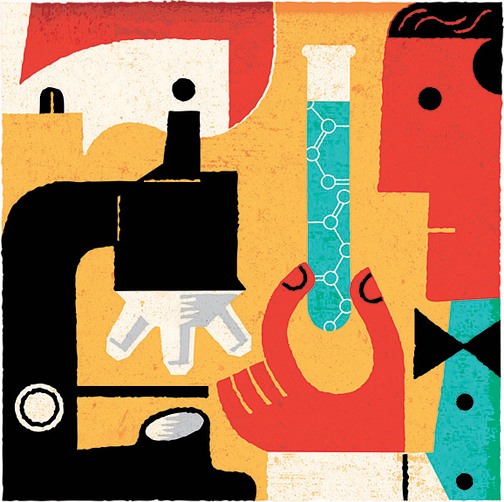 The money will establish an endowment for training MD/PhD students who pursue careers as “physician-scientists,” more than tripling funding for the program. It will also create the first endowed professorship in the Brown Institute for Translational Science, which is devoted to turning scientific findings into medical breakthroughs. Brown hopes the funding will speed up the rate of scientific discoveries and ensure that those advances produce tangible health benefits through new modes of diagnosis, treatment, and prevention. About $22 million will be spent to establish the endowed Warren Alpert Physician-Scientist MD/PhD and Advanced Training Program, offering more tuition assistance and research stipends for students pursuing a joint MD/PhD degree.

The foundation’s initial $100 million investment, which played a major role in helping the medical school move to its flagship building in Providence’s Jewelry District, still provides financial support for medical students, faculty members, and research programs. “This relationship with Brown has evolved beyond our greatest expectations,” Bevin Kaplan, director and vice president of the Warren Alpert Foundation, said in a statement.

“In the beginning, it was hard to see beyond the impact of the physicality of the new space that our gift afforded. Now we have the privilege of seeing how the gift has also affected the quality of the student experience at the Warren Alpert Medical School, the recruitment of dynamic faculty, and the far-reaching potential for current research.”

The new gift will help the medical school confront complex issues by working across boundaries that have traditionally defined academic fields of study. It will bolster efforts to bring researchers from different fields together, boosting research outlined in Paxson’s strategic plan and bringing the University closer to its current $3 billion fund-raising goal.

Dean of Medicine and Biological Sciences Jack A. Elias says that a thriving MD/PhD program is essential for medical schools focused on translational science. “MD/PhD physician researchers,” he says, “see patients in the clinic, understand the challenges of the diseases they study, and transfer those insights to work in their labs. These scholars are integral in the research continuum and a critical ingredient for any school to truly excel in translational research.” Kaplan adds, “There is no such thing as being a major player with the most elite medical schools without a strong MD/PhD program.”

The medical school plans to spend $5 million of the gift to establish the Warren Alpert Professorship, which will be the first endowed professorship in the Brown Institute for Translational Science (BITS). Established in fall 2015, BITS organizes researchers with different areas of expertise—from basic science to medicine to population health and policy—into integrated teams organized around specific diseases and other pressing medical challenges.

The new professorship will allow the institute to more easily recruit and support a new faculty member with in-demand expertise integral in translating scientific discoveries into applicable solutions. Already, researchers have discovered that rogue elements of DNA, for example, may play a significant role in undermining health in aging, and they have found, through animal studies, that an already-approved HIV drug may reduce that harm.

Illustration by Tim Cook
What do you think?
See what other readers are saying about this article and add your voice.

Reader Responses to Getting Results