The considerable skill of biographer Larry Tye ’76 apparently includes an exquisite sense of timing. When Tye embarked several years ago on the difficult task of bringing fresh perspective to the oft-dissected life of Robert F. Kennedy, the award-winning former Boston Globe journalist could not possibly have known that Bobby Kennedy: The Making of a Liberal Icon, which was released in July, would land in the middle of the most divisive presidential campaign since the 1968 race that experienced RFK’s assassination. 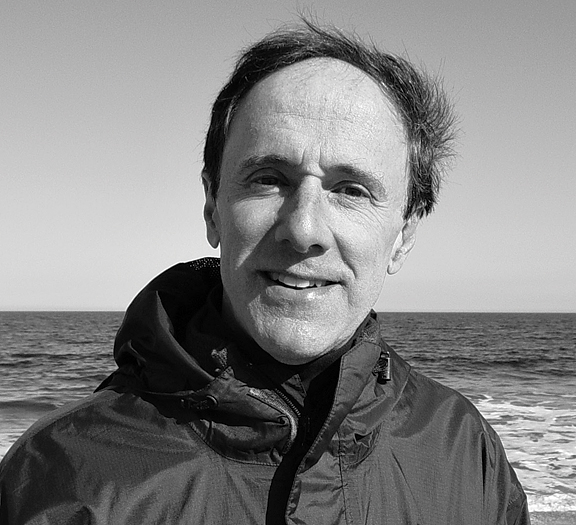 Before Bobby Kennedy was a progressive icon, says biographer Larry Tye, he worked for Joe McCarthy.

In different ways, the divisive demagoguery of Donald Trump and the overly scripted rival campaign of Hillary Clinton had millions of Americans yearning for an alternative who could speak uncomfortable truths and yet somehow unite a fractured country. In Bobby Kennedy, Tye takes the reader down the winding trail that led the younger brother of slain president John F. Kennedy to become such a man during the brief shining moment of his 1968 White House crusade.

That path has been trod and tamped down almost beyond recognition since RFK was gunned down in the pantry of the Ambassador Hotel in Los Angeles on June 5, 1968, after winning the California primary the previous day. The romance of Kennedy’s poetic eighty-four-day campaign and its unfulfilled promise has led to scores of RFK books that are mostly hagiographies. Tye, who made his initial mark as a medical journalist, offers a refreshingly forensic approach to reinterpret Kennedy’s life. That means diving deep into a treasure trove of forgotten documents to examine jarring contradictions—such as RFK’s early-career work for anti-Communist smear artist Senator Joseph McCarthy—and place them on the twisting roadmap to 1968’s idealism. 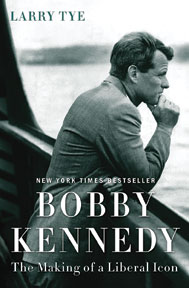 Tye previously tackled such diverse subjects as baseball legend Satchel Paige and public relations guru Edward L. Bernays, and he’s at his best exploring the forces that forged Kennedy’s tortured psyche. Heading that list was RFK’s domineering dad, Joseph Kennedy, who spurred his third-oldest son toward competitiveness and loyalty to a fault (including to McCarthy). Yet those pressures were also the roots of the special empathy he displayed by the end of his life. Writes Tye: “He had grown up the outsider and the underdog in the family and would identify with both.”

Heavy on RFK’s politics and light on gossip, Tye’s fast-moving prose makes sense of his subject’s evolution from 1950s Cold Warrior to the candidate who would inspire liberals for generations. Occasionally Tye reminds us that Kennedy’s ’68 policies could be surprisingly conservative—obscured by his soaring rhetoric, especially, for example, in his speech to angry blacks in Indianapolis when Martin Luther King was murdered that April. Tye notes that his dad’s 1961 stroke and JFK’s assassination made Bobby both fatalistic and politically liberated: “His public persona finally began to reflect the gentleness that family and friends say they had always known.” The resulting candor—telling white working-class crowds they’d need to accept black equality, for example—and the possibilities taken from the American people by an assassin’s bullet echo more loudly today than at any time in the last forty-eight years.