In a ceremony on December 7, the men’s lacrosse team welcomed a 12-year-old recruit. Despite his young age, Nicholas Cioe, of Cranston, Rhode Island, signed a letter of intent to play for the Bears. Cioe, who has both mitochondrial disease and a type of cerebral palsy, connected with the Bears through Team Impact, which matches teams with kids facing life-threatening illness. Cioe will teach “toughness” to his teammates, head coach Mike Daly said. 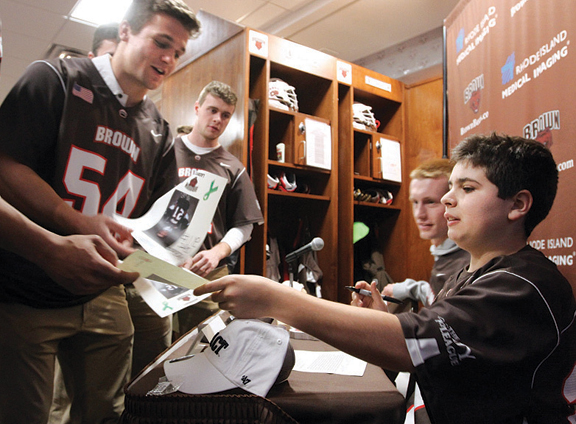