In January, Tracee Ellis Ross ‘94 won a Golden Globe for Best Actress in a Television Comedy or Musical for her role in the sitcom black-ish, now in its third season. She is the first black woman to win in that category in more than thirty years. Accepting the award, Ross said, “This is for all the women, women of color, and colorful people whose stories, ideas, thoughts are not always considered worthy and valid and important. But I want you to know that I see you. We see you.” 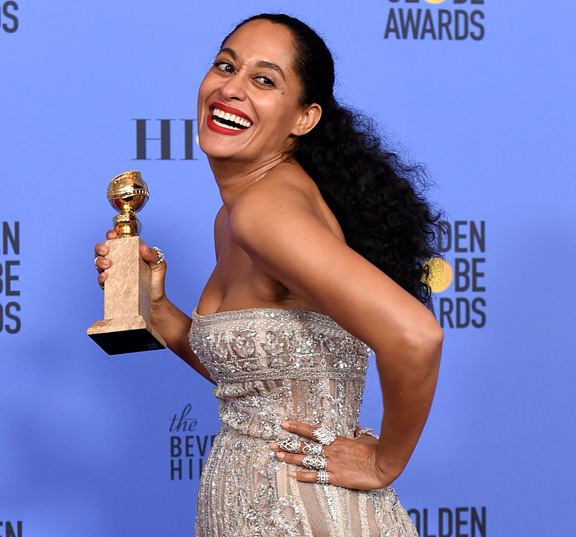