Lost In Space
Brown undergrads to launch a mini-satellite 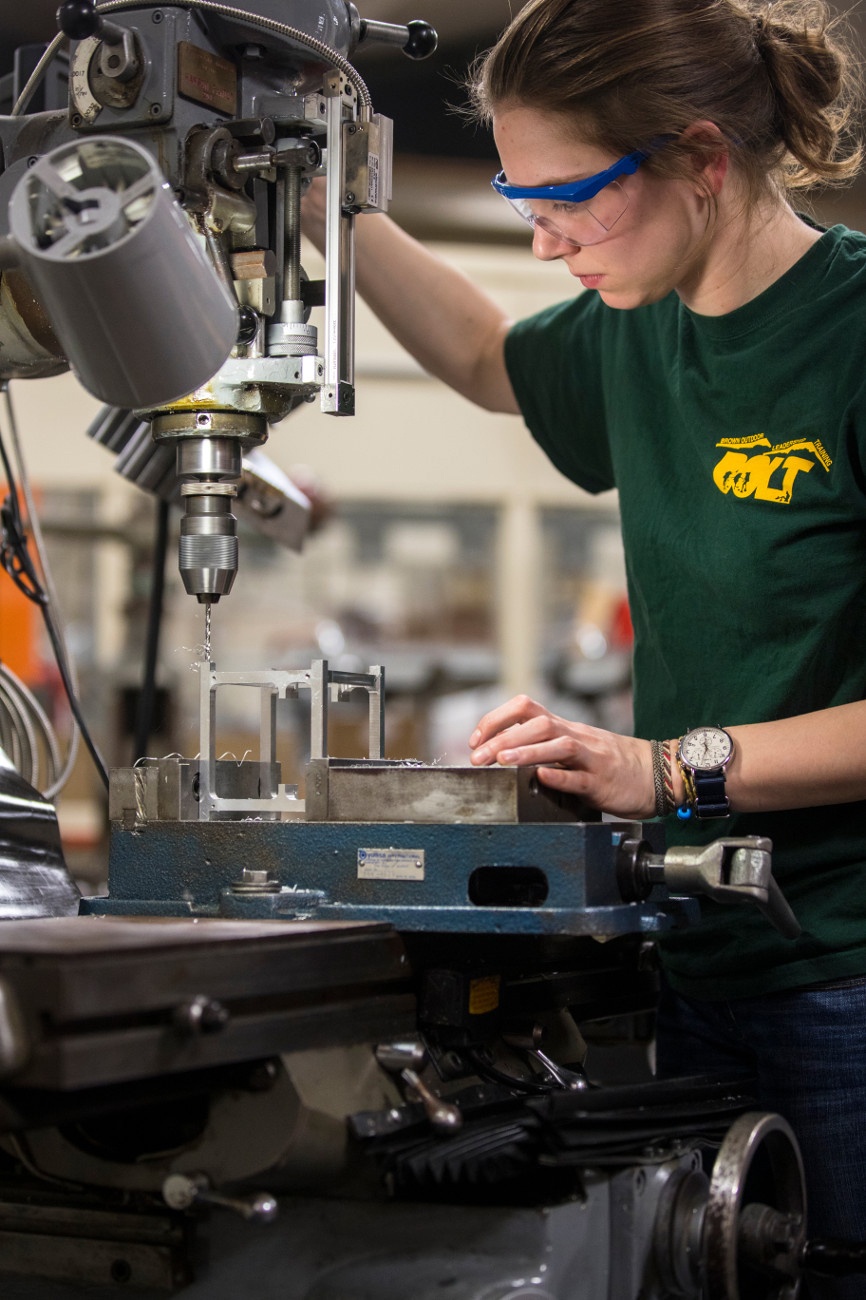 The low-budget satellite launches in May. You can track its orbit on an app. Photo: Nick Dentamaro

When the Brown Cubesat undergraduate club formed in 2011, the members had no idea how to build and launch a satellite, says Tyler Fox ’17, ’18 AM, who stayed on after Commencement to serve as the club’s technical leader. But they learned. Years of work will pay off in May, when a spaceship will launch from NASA’s flight facility on Wallops Island, Virginia, and speed the 10 centimeter cube—tucked into a metal box with other mini-satellites—to the International Space Station (ISS).

The club is now Brown Space Engineering (they’re also developing high altitude balloons) and their satellite is called EQUiSat, a nod to their mission: “to make space more accessible to everyone.” They built EQUiSat for under $5,000, Fox says, and stress that they’re just regular undergrads, proving that anyone can build and launch a satellite.

To cut costs, they built their own solar panels and used a simple magnet to keep the satellite facing toward the earth. When a thermal vacuum testing facility bumped their appointment, they called Dining Services and McGyvered a vacuum chamber in one of the Ratty’s walk-in freezers. “We’re kinda scrappy,” Fox says. Their faculty adviser is Rick Fleeter ’76, ’81 PhD, an adjunct engineering professor, and they’re funded through the engineering department and alumni donations.

EQUiSat will test whether LiFePO 4, a type of battery, works in space. “NASA doesn’t want to test them out on some $5 million Mars rover,” Fox says. The batteries power LED lights on one side of the cube. “When the satellite’s in orbit, it’ll look like a blinking shooting star,” Fox says. That is, if the batteries and the magnet work: “There’s a lot of risk.”

The team is developing an app that will allow people to track the EQUiSat once it’s in orbit, which will be a few weeks after arriving at the ISS. An astronaut flips a switch, Fox says, “a door flies open, and everything shoots out into space.”

For more about the Brown space engineering club, visit its website at Brown.edu/bse.

Reader Responses to Lost In Space