The Pull of Place
A debut novel set in off-the-grid Vermont. 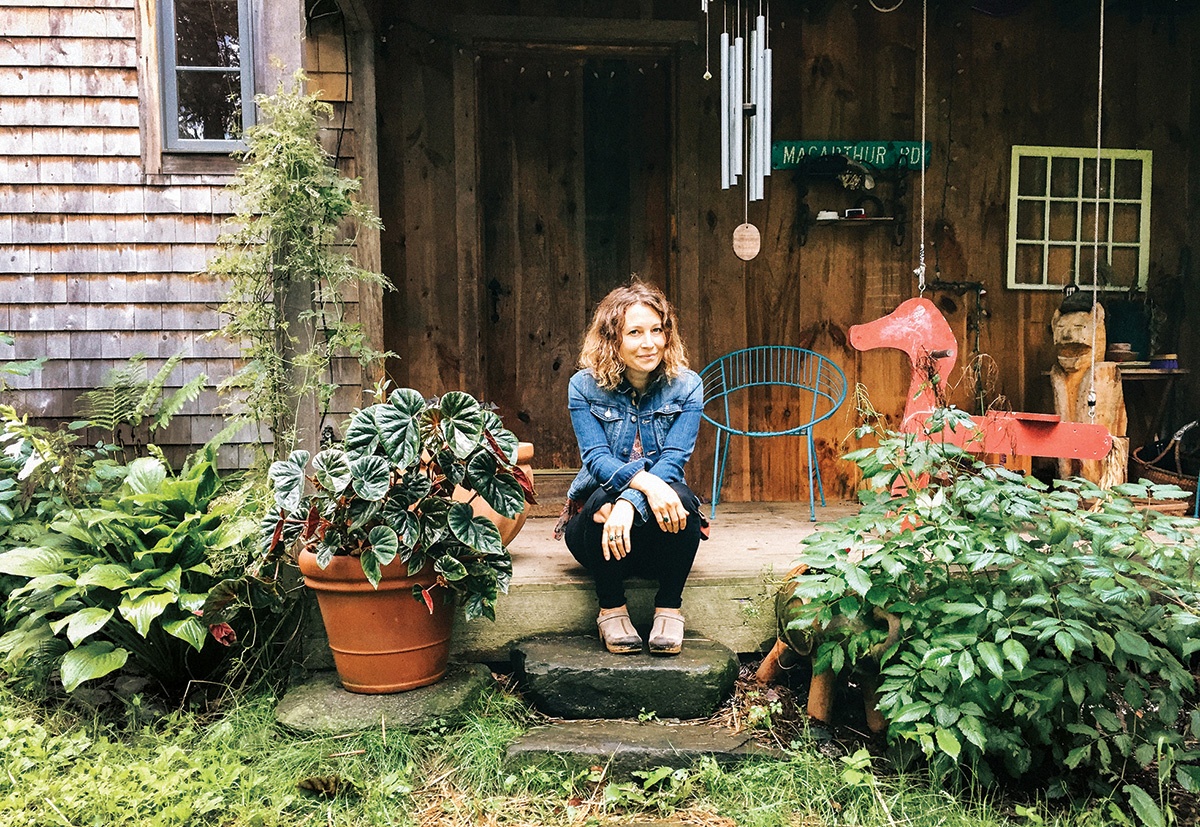 Robin MacArthur ’00 at her hand-built cabin in VermontPhoto: Tyler Gibbons

Robin MacArthur ’00 lives in a cabin in Marlboro, Vermont, that she and her husband built by hand. Her intimate connection to the land is a powerful influence, and in many ways it’s a character in her lyrical first novel, Heart Spring Mountain, which tells the intertwined stories of three generations of women living on a mountainside in rural Vermont.

Vale, the youngest, has returned from New Orleans, where she tends bar, to search for her mother, Bonnie, an opioid addict who has gone missing in Hurricane Irene. Along the way, she reconnects with locals and relatives, in particular her great aunt Hazel and her back-to-the-land aunt Deb. The novel unfolds from numerous perspectives, focusing on three time periods from 1956 to 2011.

“I don’t want my characters to be center stage,” MacArthur explains. “They are part of a larger story. I’m interested in multiple points of view and the different sides to every story. I want the landscape, the family, and time to be center stage. That’s my worldview.”

That view, she says, is perhaps born from living on the same land where her grandparents moved into an abandoned farmhouse in 1950, where her parents built a house in the 1960s, and where MacArthur grew up, living off the grid. “My parents, cousins, aunts, uncles, and brother all live here on this land, which has given me a very different sense of self and identity. I think of this place and how I am only one facet of it.”

MacArthur concentrated in religious studies at Brown and studied painting and comparative literature, “all, in retrospect, wonderful things for a writer to study,” she says. Even though she had wanted to be a writer since she was five, when she commandeered a cowshed as her writing studio, MacArthur felt too intimidated to study writing at Brown or share her writing with others.

“My parents are farmers and carpenters,” she says. “There is a rich tradition of music in my family and people who do things with their hands. I didn’t feel entitled to consider myself a writer.” After college she worked for documentary filmmakers and performed as a singer and musician with her husband in the indie-folk duo Red Heart the Ticker.

MacArthur focused fully on her writing in 2008, when she entered grad school at the Vermont College of Fine Arts and eventually produced a collection of short stories that became her well-received first book, Half Wild, winner of the 2017 PEN New England award for fiction. Heart Spring Mountain should further enhance her reputation. Publishers Weekly gave it a starred review, describing the narrative as “nuanced, poetic and evocative; MacArthur empathetically depicts her characters in their wounded but hopeful glory.”

Reader Responses to The Pull of Place