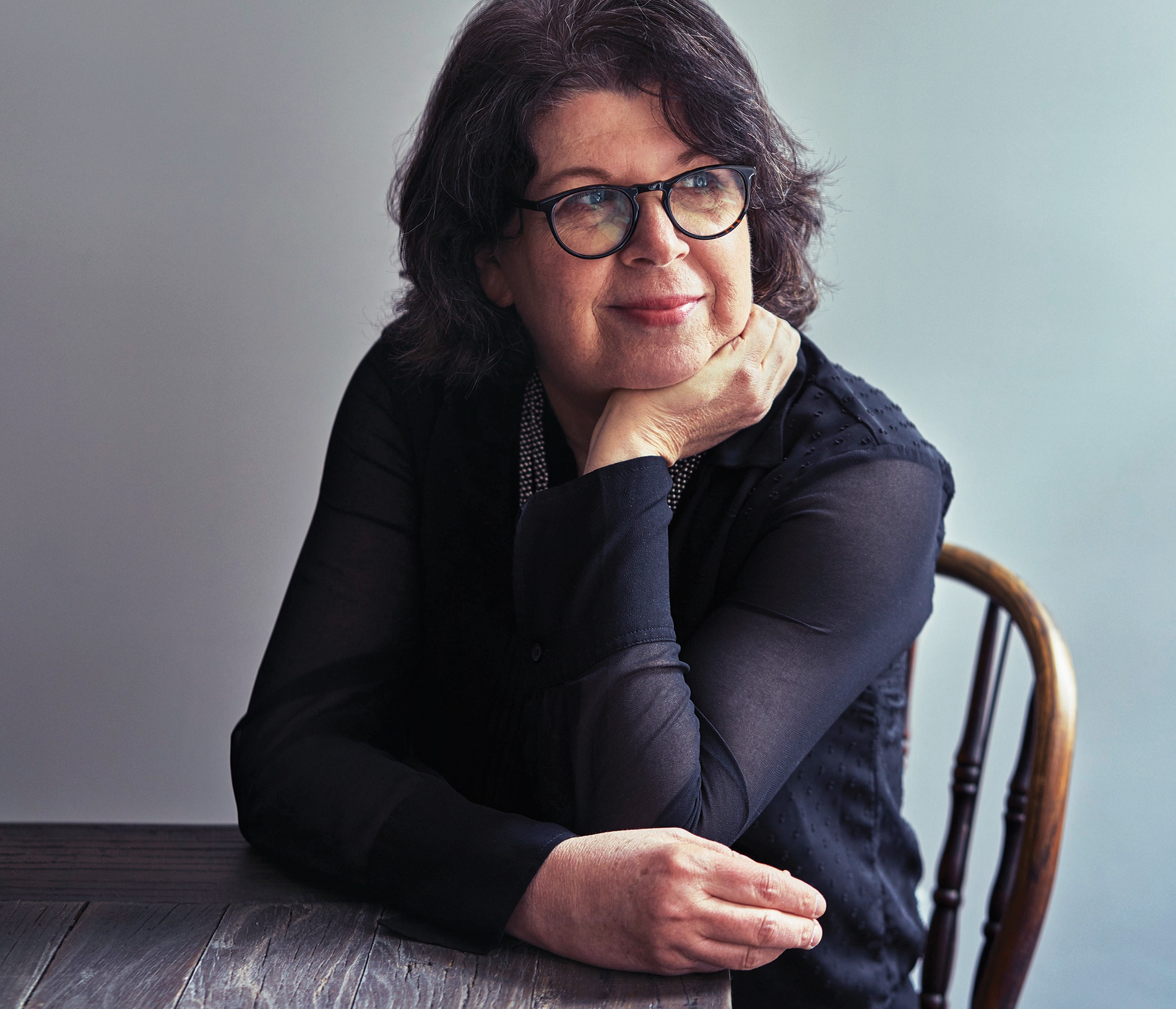 Trying to Make Meaning
The 10th novel from Meg Wolitzer ’81 is her most political yet.

“When you pack for a book tour, you’re going to make terrible mistakes,” says novelist Meg Wolitzer ’81. “You take something you’re never going to wear, like that ugly ochre sweater, or you bring along a huge book that you don’t like, and then you’re stuck with it.”

Wolitzer knows book tours. In early April, she embarked on a 20-city, three-week tour to promote The Female Persuasion, her 10th adult novel since 1982’s Sleepwalking, which she wrote while still at Brown. (She has also written a young adult novel, The Fingertips of Duncan Dorfman.) This tour will be her longest, in part because her last novel, 2013’s best-selling circle-of-friends saga The Interestings, took her longstanding popularity to a whole new level.

“The exhaustion of a tour is undeniable,” she says over the phone from New York City, where she lives with her husband, the writer Richard Panek. (They have two grown sons.) “But there’s something very moving about the connection you make with people who find time to go see a writer. It makes me want to make it worth their while.”

In the compulsively readable The Female Persuasion, which often feels like a brainier, wittier, and more explicitly feminist version of The Devil Wears Prada, women are connected—and sometimes torn apart—by ambition, power, values, influence, and mentorship. Set mostly in the present era with flashbacks to the women’s movement of the 1960s and 1970s, it’s the story of Greer Gradetsky, an initially shy, hesitant millennial college grad who ends up working for Faith Frank, a charismatic, semi-legendary, and somewhat glamorous feminist pioneer in the mold of Gloria Steinem. We’re told at the outset that Greer and Faith’s bond will be broken, and much of the suspense is in waiting to see exactly how.

Wolitzer, who has always written about women and gender in one form or another, says that this is her most explicitly political book yet. “It’s also the most intergenerational,” she says. “I wanted to have a conversation between eras.” The novel seems tailor-made for our current #MeToo moment (the early pages are menaced by a truly despicable campus serial harasser), but, says Wolitzer, “I’ve been thinking about these issues of fairness and safety for women, of how sexism is braided into our culture, for a long time.”

And, she says, she hopes that nearly 40 years of writing novels has deepened her voice. “Whether it’s young characters seeing things for the first time or older ones who feel like they’ve been around and understand how things have to be done,” she says, “I think that getting older myself has led to more charity and compassion for people just trying to make meaning of their lives.”