Roots and Rites
Conceptual choreographer Edisa Weeks ’87 prepares for perhaps her most ambitious, provocative work yet 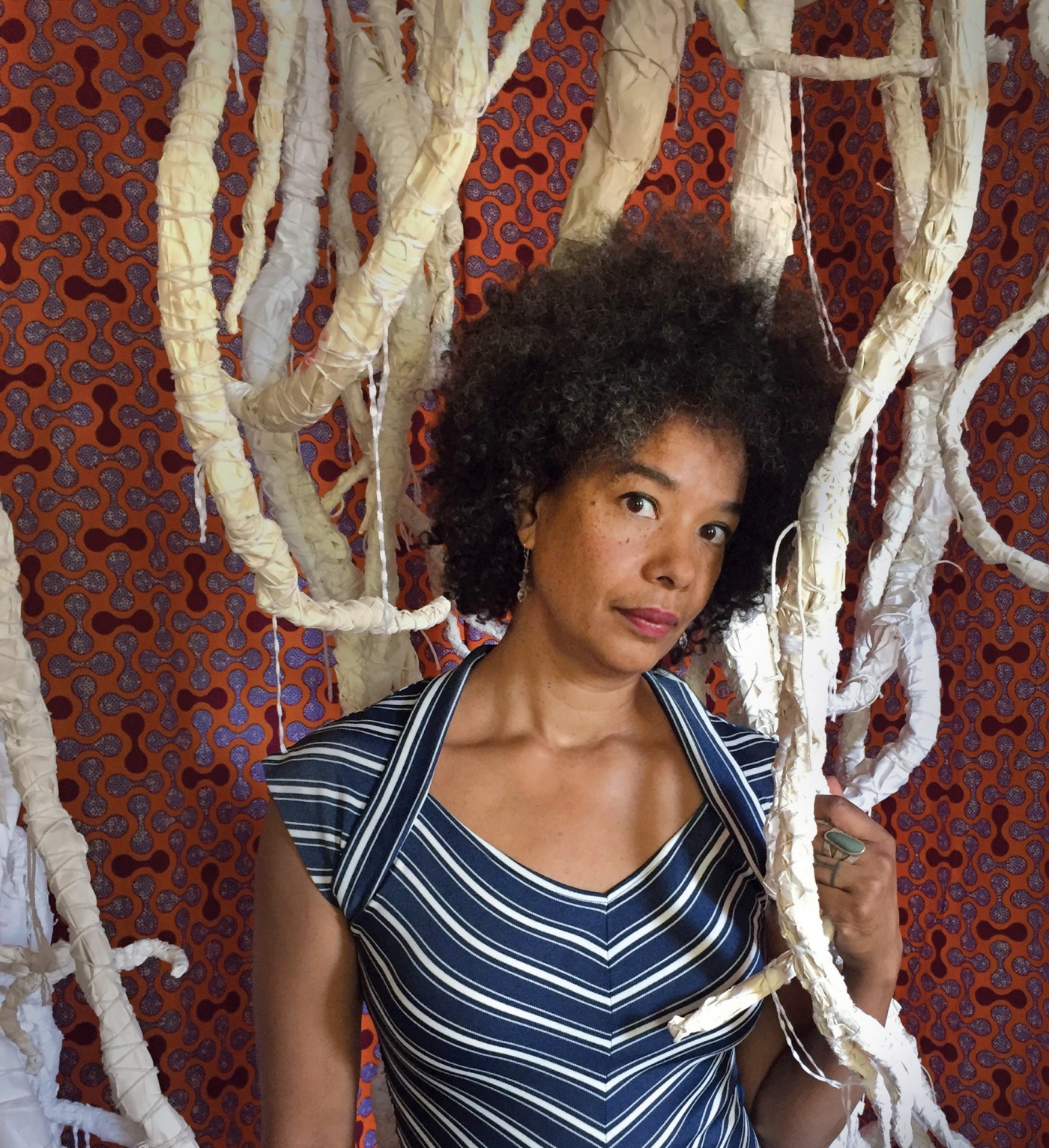 In both her dance and her art, Edisa Weeks seeks to break down the barriers between creator and audience.Photo: MARY WEEKS

For the past three years, artist and choreographer Edisa Weeks ’87 has been hosting parties where people from different walks of life gather to discuss issues like the legalization of marijuana or the relationship between incarceration and violence. But that’s not all attendees do. Overseen by Weeks, they make 15- to 25-foot-long “roots” out of paper and twine. Weeks’s goal? To make 1,865 such roots to hang in a massive installation performance she intends to mount in 2020 in New York City, where she lives. Why 1,865? Because that’s the last year slavery was legal in the United States.

“I like things that take a lot of time,” says Weeks, “things that unfold slowly and tease and tickle you into understanding.”

Weeks, who grew up between New York City and Papua New Guinea, where her father was a professor, has been making such slyly provocative work for more than twenty-five years, since she graduated from Brown. “I originally went so I could take classes at RISD,” she says, “but never did because I got so involved in theater and dance on campus.” After graduating, she went straight back to New York to study with the famed and rigorous Alvin Ailey
company. That led to a stint with Dance Brazil, which led to partnerships with dance titans including Bill T. Jones and Annie-B Parson, which led in turn to forming her own company through the ’90s with Homer Avila, who died of cancer in 2004.

After that, she started a new company, Delirious Dances, which has staged works in places as varied as streets, hospitals, storefronts, and senior centers. “I love the proscenium stage, but I also feel it’s dead,” she says. “My work is very physical, in the body, and I’m a storyteller, so my work tends to be narrative. I’m interested in work that encourages people to think about themselves and their role within the larger context of the world.”

Her current big work in progress, RITES: Life, Liberty, Happiness, will have audiences walk through a large space hung with those 1,865 roots (“without roots, we have no sense of place or belonging”), then emerge into what Weeks calls “glades,” one of which, she says, will honor government whistleblowers like Chelsea Manning. Another will feature a human-size Statue of Liberty in a glass case surrounded by living white rats. In yet another, she’ll be there, her hair attached to pulleys holding objects she feels embody the black experience in America: among them, a Bible, a watermelon, a blond wig, and a lightbulb. (A black man, Lewis Latimer, invented the filament that Thomas Edison put in his famous bulb.)

She hopes the images trigger some tough questions. “Life, liberty and the pursuit of happiness are guaranteed to us in our Declaration of Independence, but what do those terms mean?” she asks. “How do we guarantee them? We need to talk about these issues. If we just hide them in the closet, they fester and become sores.” Learn more at deliriousdances.com.

Reader Responses to Roots and Rites