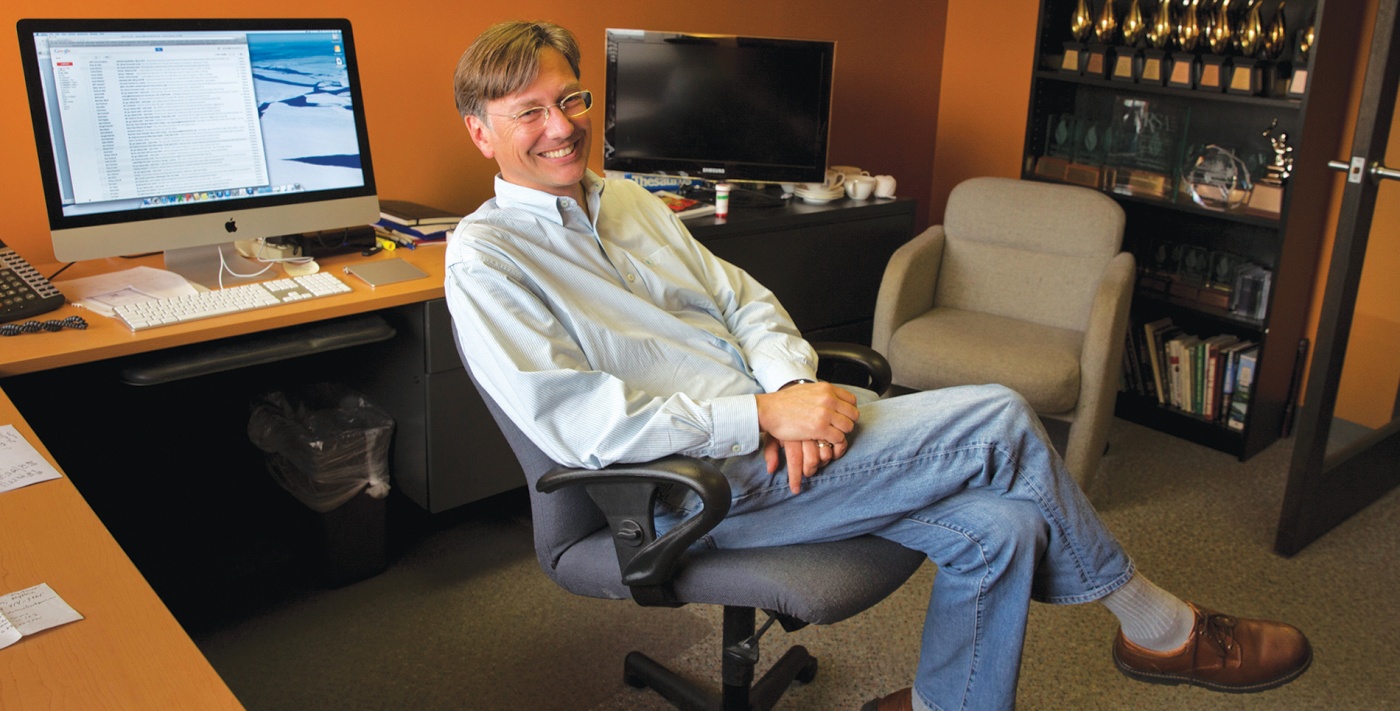 Democrats looking to win in so-called “red states” often turn to political consultant Mark Putnam ’86. That’s what then–North Carolina attorney general Roy Cooper did when he decided to run for 2016 governor. Putnam learned that Cooper had spurned past proposed runs for higher office to spend more time with his daughters, now grown, so he asked the candidate if he had any home movies.

Did he ever! The 100 hours that Cooper turned over was culled down into the best 40 seconds, including the gubernatorial hopeful wearing a goofy Martian costume at a birthday party and chasing the girls around a swing set. The focus group that saw the ad described Cooper in just two words: “Family man.” That November, he won the governor’s race even as Donald Trump grabbed North Carolina’s electoral votes.

Putnam was originally a bio concentrator. He credits his career to the Open Curriculum, political science courses, and a chance meeting with Geraldine Ferraro in a Brown dorm. She told Putnam whom to call—and to use her name.

Putnam, who is now working to elect a slew of Democrats in this fall’s midterm elections, said he’s learned the one thing voters crave is “authenticity,” adding that “if you show [the candidate] being human, it opens the door to a longer conversation with the voters.” This year, he’s behind two viral YouTube ads: Told Me, for former Marine Fighter pilot Amy McGrath, a congressional hopeful from Kentucky, and Doors, for Texas Democrat M.J. Hegar, a former combat pilot and Purple Heart recipient. Hamilton creator Lin-Manuel Miranda called the Hegar ad “the best political ad anyone’s ever seen.”