The Predictor
Theresia Gouw ’90: a long, successful run as a Silicon Valley investor 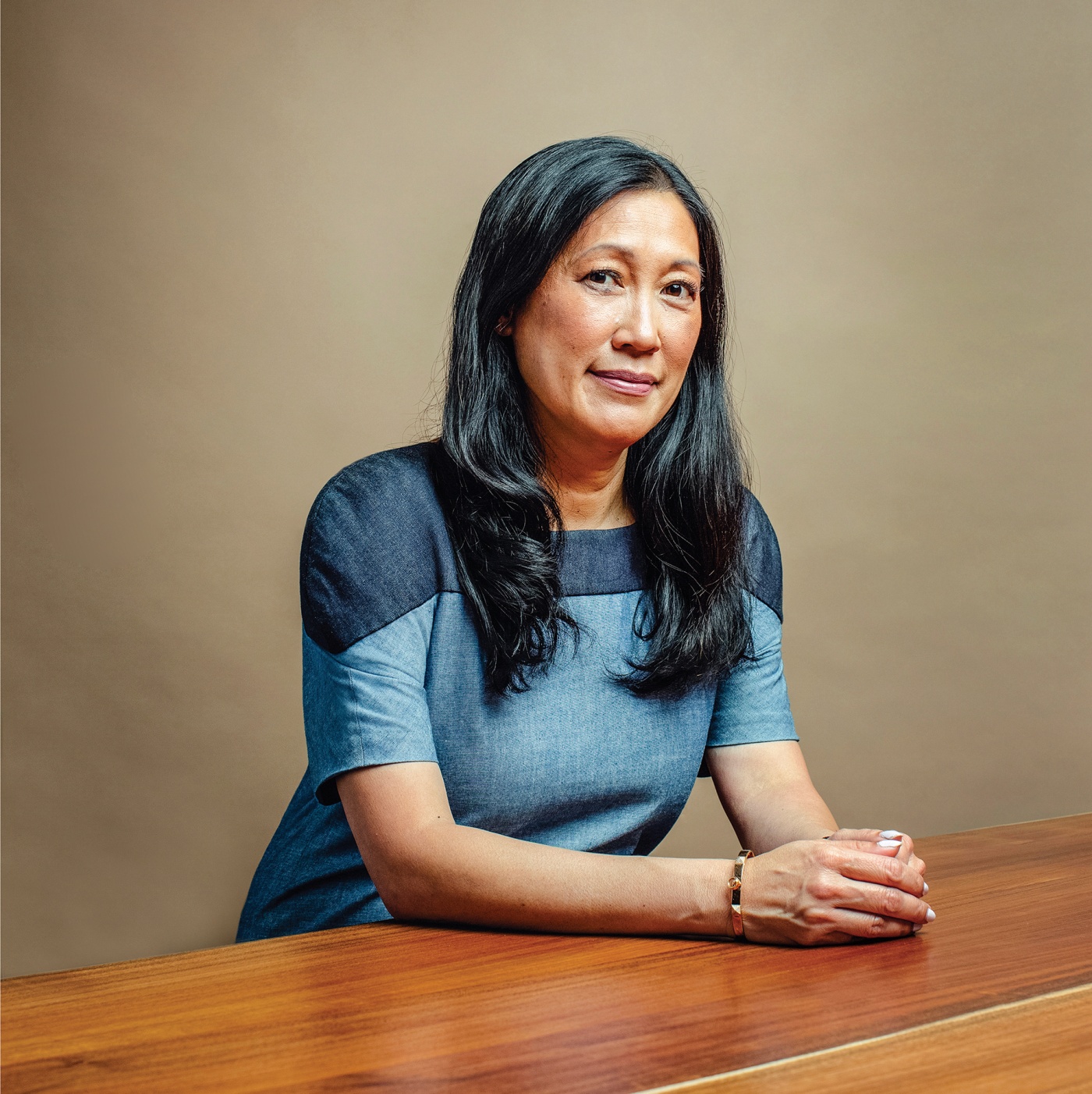 Theresia Gouw ’90 works out of a Palo Alto, California, office that was once the headquarters of a start-up called Facebook. The place, she joked recently, has “good karma.”

It does for Gouw. A venture capitalist who invests in up-and-coming tech firms, Gouw was among those who spotted Facebook’s promise early on, when it was open only to college students. Her successful bet on its future helped make her one of Silicon Valley’s most prominent female investors.

“We thought it would be interesting and big,” Gouw said recently, when asked if she could have predicted Facebook’s future reach. “I don’t know that we could have envisioned this.”

Envisioning companies’ futures is a big part of Gouw’s job. Now the cofounder of her own firm, Aspect Ventures, Gouw invests in promising firms at the very early stage in exchange for a share of ownership. She usually joins the board and helps figure out how to get the product to market, hire employees, raise more money, and perhaps go public or get acquired. Her involvement runs anywhere from five to ten years.

One such firm was Trulia, a real estate website ultimately acquired by Zillow. What attracted her was the idea of a specialized site that could draw the sort of advertising that was just starting to migrate from newspaper classified sections to the internet. Her advice to investors is to know a lot about a company’s product and the market it serves, understand its business, and invest in the management team.

Business development wasn’t always Gouw’s career goal. Her parents brought the family to the United States from Indonesia when she was three, eventually settling outside Buffalo, New York. Gouw said her parents had a classic immigrants’ take on higher education: she could study engineering or pre-med. She liked math and was good at it, so engineering it was.

During a summer internship at a GM research and development facility, she realized that the people with the “cooler jobs” weren’t line engineers but product managers who had both technical and business skills. Most of them had engineering degrees and MBAs, Gouw discovered, so she took the GMAT, worked at Bain Capital in Boston for a short stretch, then headed west to business school at Stanford.

Gouw said education remains a “personal passion,” particularly when it comes to gender equity in the STEM fields. She’s on the board of DonorsChoose.org, a nonprofit that helps individual teachers raise money for classroom projects. She was elected to the Brown Corporation in 2007 and has been treasurer since 2016. She’s also involved in groups such as Founders for Change and All Raise, which aim to increase diversity in tech. She said the “bro” culture in Silicon Valley is real but that things are starting to change, not just due to “headline risk” but also because there’s intense competition to attract the best employees. “I’m so excited,” she says. “I think we’re in a moment in time when people get it.”

Reader Responses to The Predictor