Dear President
A political scientist’s guide to the Constitution 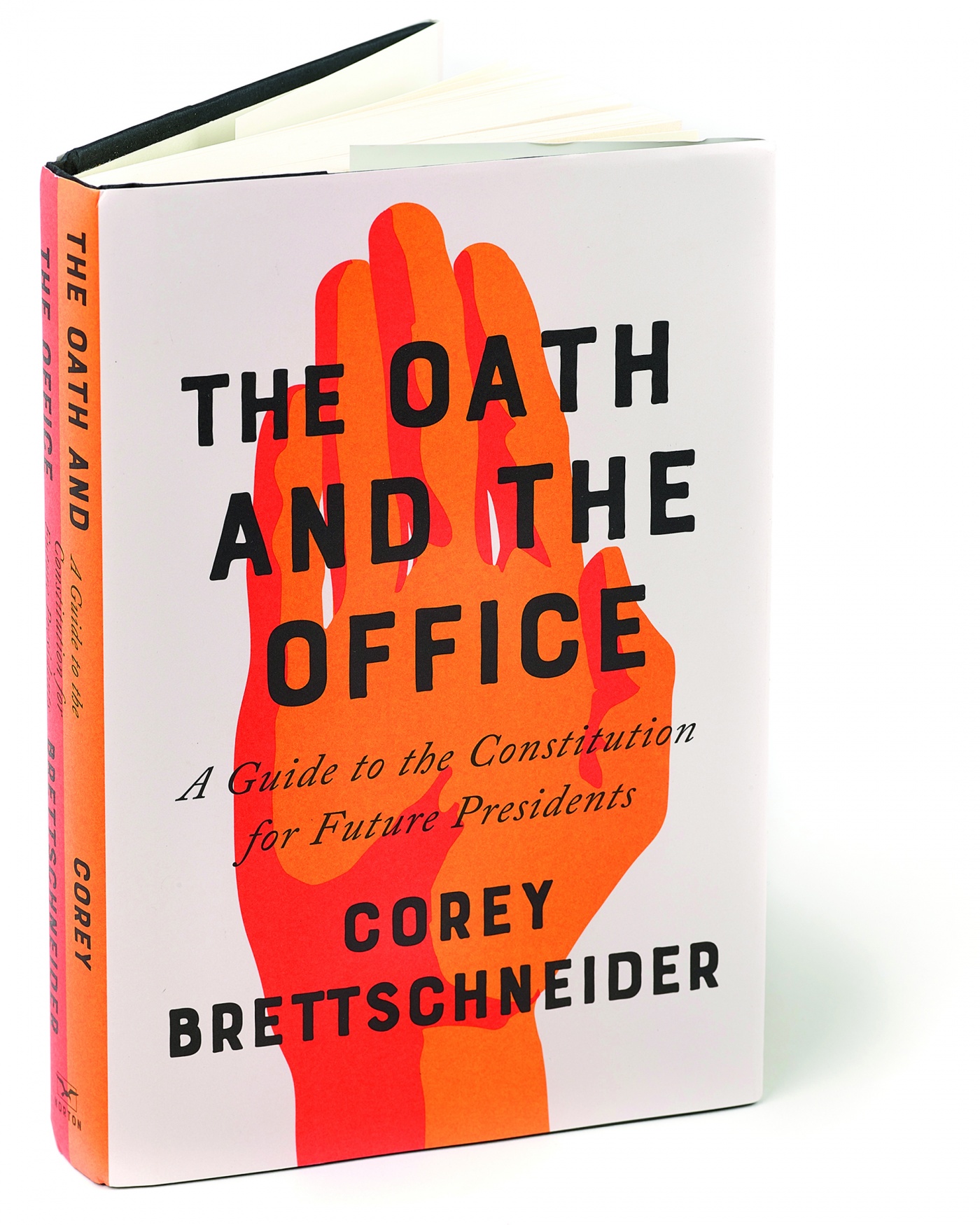 Everyday Americans didn’t used to think much about constitutional law. But now, “The question of whether a sitting president is immune from indictment, or what impeachment means—this is stuff everybody’s talking about,” political science professor Corey Brettschneider observes. His new book, The Oath and The Office: A Guide to the Constitution for Future Presidents, tackles these issues and more in a compact, comprehensive format. Dedicated to his daughter and written in the second person, the book—like a father who happens to be a constitutional law expert, leaning in for a tough-love chat—addresses a fictional president: “You might be frustrated by the right of the states and local governments to resist your policies. But you are not the only public official who takes an oath … if you fail in your duty, those officials have obligations to resist you.”

That’s the kind of language that has propelled Brettschneider on a whirlwind tour of political talk shows, but don’t dismiss this book as anti-Trump polemic; it takes aim at actions throughout U.S. history as varied as President John Adams’s signing of the 1798 Alien and Sedition Acts, and President Barack Obama’s military actions in Libya. What Brettschneider objects to in all these cases is the failure of presidents to “preserve, protect, and defend” the Constitution as their oath requires—even when they think they know better.

“I set out to think broadly and historically,” he explains. “I’m trying to help recapture the Constitution as the common language of American principles—and use that language to connect to people of all political stripes.”