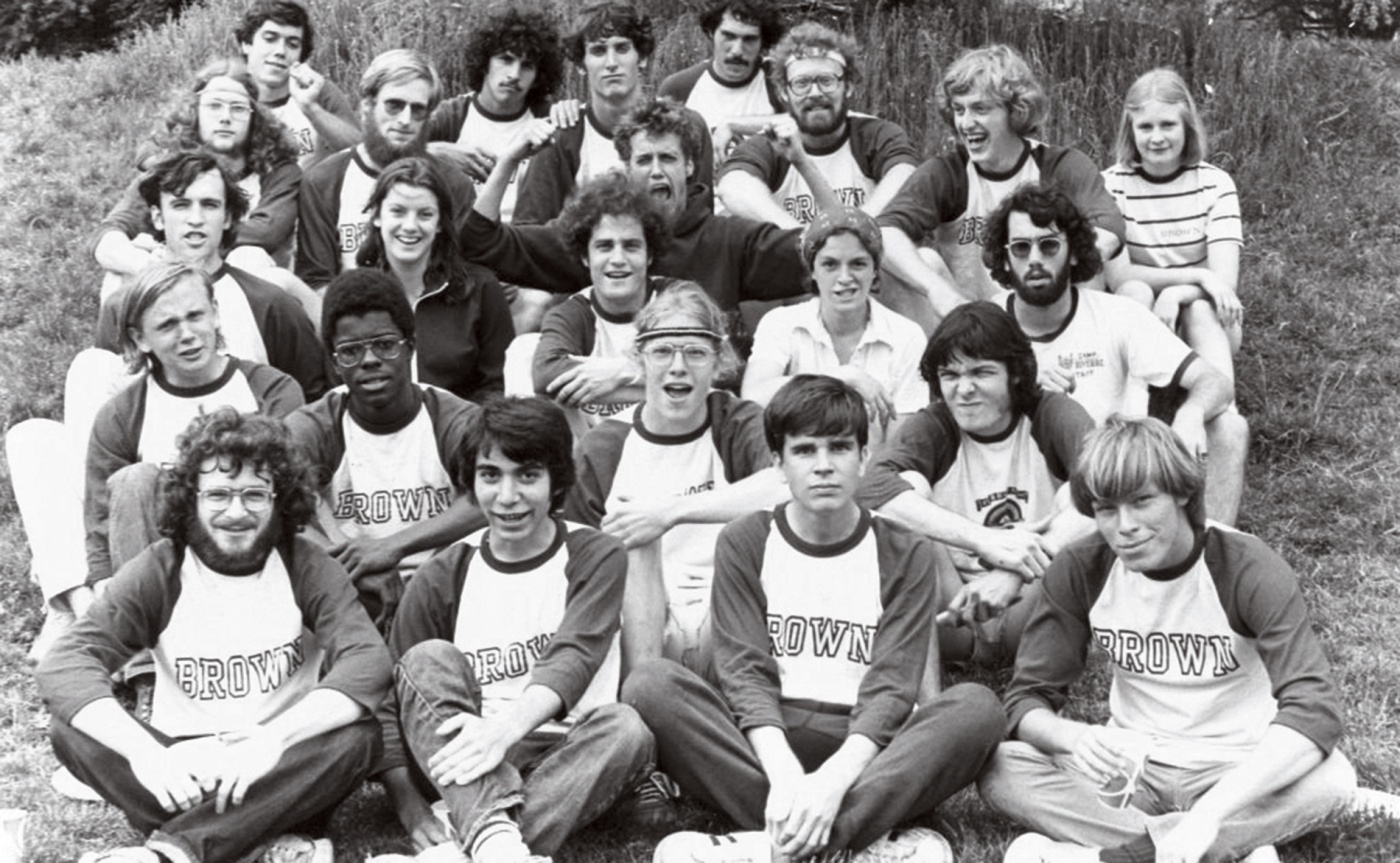 The Ultimate (Frisbee) Hall of Fame inducted Ron Kaufman ’78 into its ranks last October at a 50th anniversary celebration in San Diego. He was one of the “Johnny Appleseed” group of players who first brought Ultimate to college campuses. Kaufman’s high school, in Westport, Connecticut, fielded the world’s second Ultimate team; the sport was brought there by a math teacher who had attended high school in Maplewood, New Jersey, where it all began. In 1974, Kaufman was the founding captain of the Brown University Ultimate Frisbee Team (pictured, third row in the center); it was mostly made up of fellow students from Olney House, Kaufman says. Brown’s team (now called “Brownian Motion”) has won numerous tournaments and awards over the years. In 2015 there was a 40th reunion of Brown Ultimate Teams, which drew players from 1974-2015 as well as Dean Barrett Hazeltine, who Kaufman says had thrown  the “first Frisbee” in 1974.  After Brown, Kaufman promoted the sport globally through his organization Disc Covering the World. Now played worldwide, Ultimate was recently recognized by the Olympic Committee.