Up, Up, and Away
A competition for personal flying machines 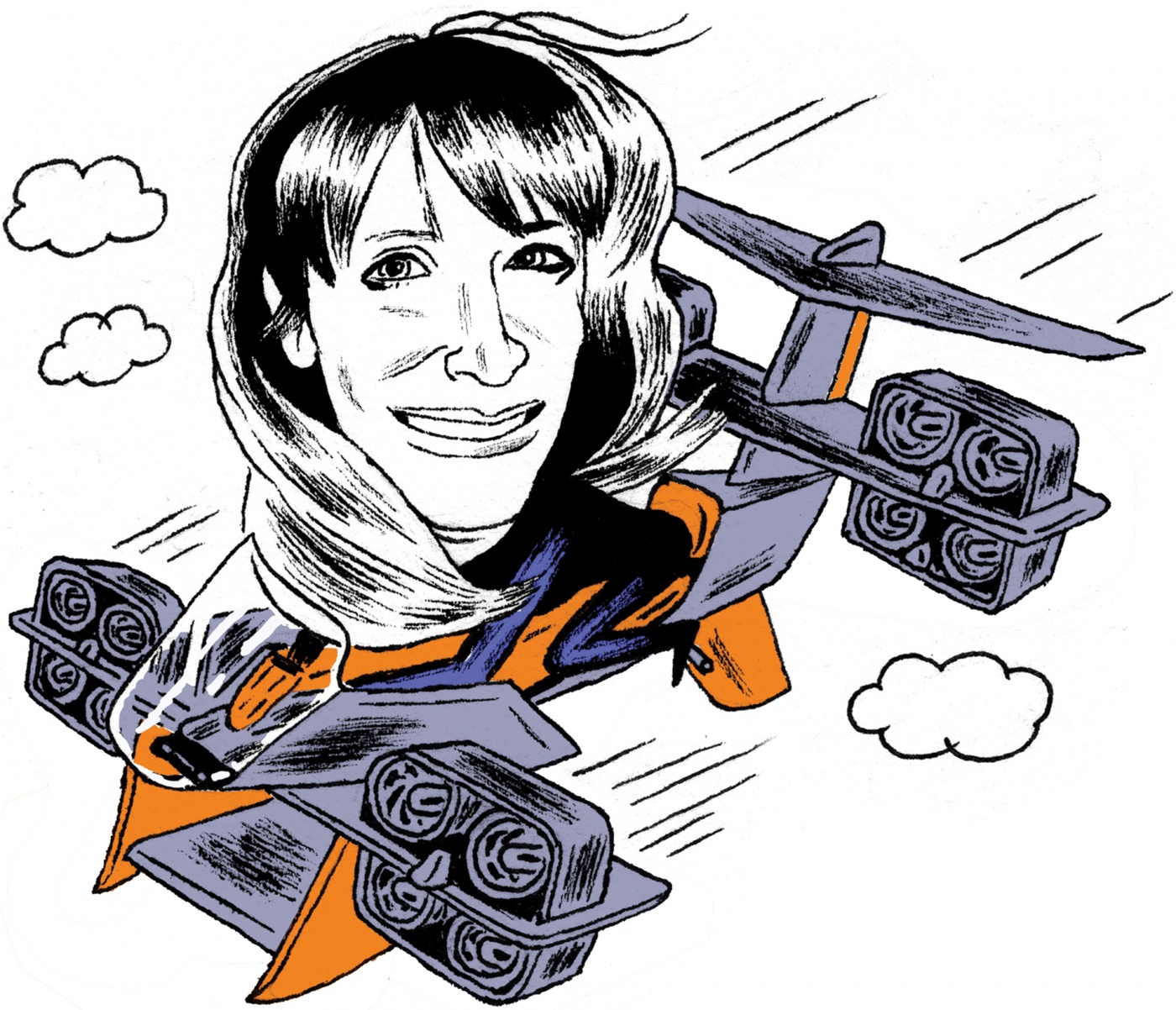 Wish you could leap tall buildings with a single bound? Someday soon you might, thanks to the GoFly Prize, a competition launched in 2015 to make personal flying a reality.

GoFly is the brainchild of its CEO, Gwen Lighter ’91. “As a child, I always dreamed to fly,” she says, “and there has been a convergence of technologies that makes this the first moment in human history when we have the ability.” Lighter enlisted Boeing as GoFly’s main sponsor. More than 20 companies and organizations have signed on, putting up $2 million in prize money.

The competition’s first phase focused on designs; ten winning entries ranged from the helicopter-like “Blue Sparrow” to the “Harmony,” a rotorcraft that resembles a flying egg. Phase two involved prototypes; five winners, including a flying bike, were announced in March. Next year will bring a “fly-off” before a panel of aviation experts, with finalists being judged for safety, size, noise, and speed.

Lighter concentrated in political science and went on to Harvard Law but has worked primarily as an entrepreneur in high tech, fashion, and other fields. “At Brown,” she says, “the focus of education has always been interdisciplinary—and so much of innovation involves a multifaceted approach.”

GoFly drew more than 3,500 entries from 101 countries. A mentoring program assists competitors, while master lectures by aviation experts are open to the public. GoFly’s goals, meanwhile, are lofty. “Human mobility is changing,” explains Lighter. “We will take to the skies in many ways–not only workers commuting through the air, but first responders, who will be able to get into areas they could not reach before. And we expect that there will be new sports.” Quidditch, anyone?

After the competition ends, Lighter says she will work to support the acceptance and implementation of personal flying machines around the world: “I’m looking forward to a future where we are all flying—where we are all Superman.” Visit goflyprize.com for more.

Reader Responses to Up, Up, and Away