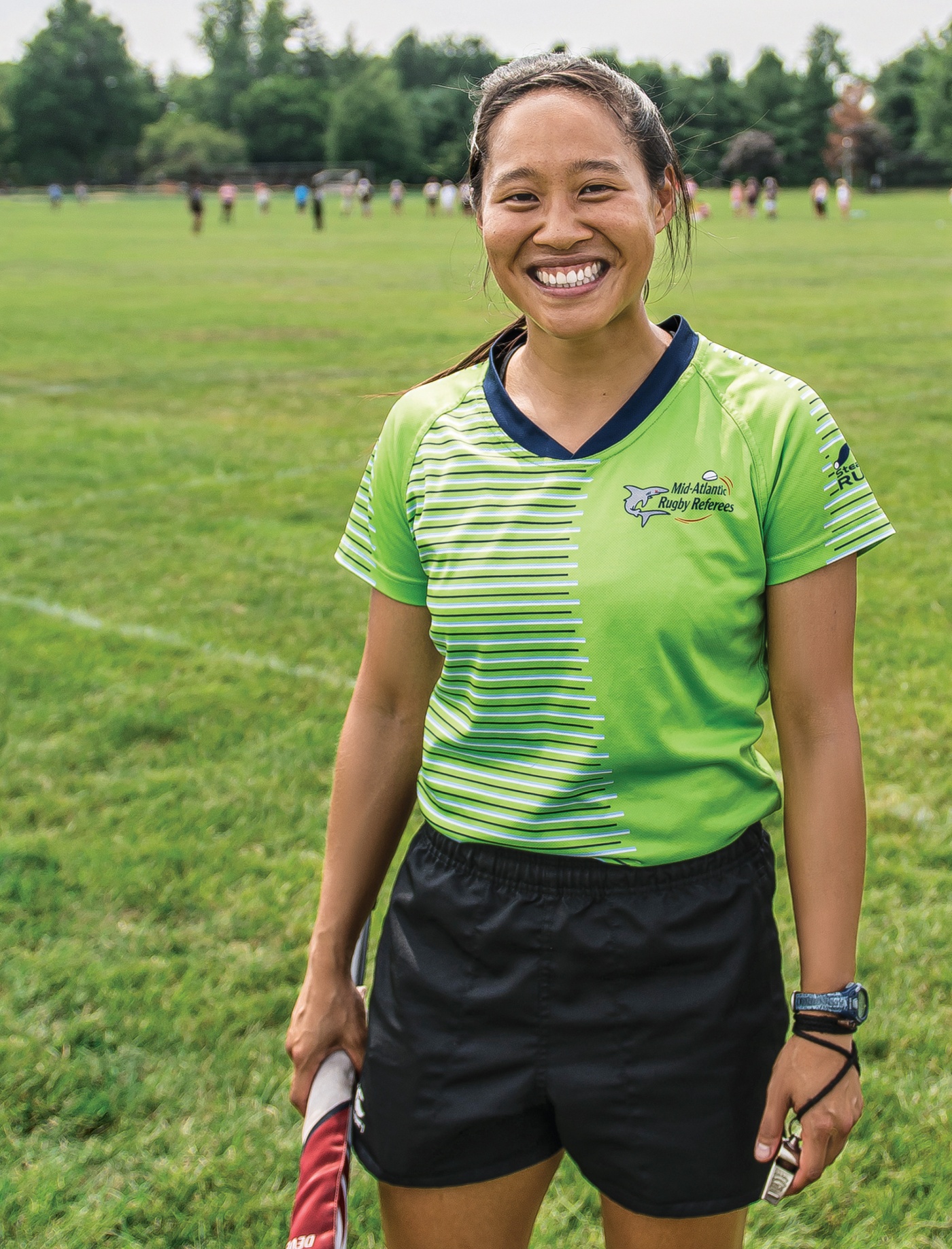 As a first-year student, Emily Hsieh ’12 was in a friend’s dorm room and happened to look into the closet. “She had a ball in there, and I said, ‘Oh, is that a rugby ball?’ She said yes and told me when practice was the next day. I showed up, and then I was hooked.”

Growing up, Hsieh had participated in many sports, including soccer, basketball, volleyball, tennis, and track and field. She enjoyed the camaraderie of team sports—and found rugby players had an especially strong bond. “Right from the first practice, my first day, there was a feeling of family and community that I hadn’t felt elsewhere,” she says.

Despite the demands of her concentration in biomedical engineering, Hsieh devoted many hours to practicing and playing with the Brown women’s team and was a fearless competitor as a fullback. But she suffered a number of injuries, including a concussion. After graduation, she suffered another concussion while playing for a team in Boston. She was at a crossroads.

“I had a dream of playing in the Olympics,” she says, “so I was faced with a tough decision. The medical advice I got was to take at least a year off. So I chose to pivot into a role as a referee.” Thanks to a scholarship from USA Rugby, she was able to attend an eight-week referee academy in South Africa, and found she excelled.

After returning to the U.S., Hsieh refereed as many games as she could on weekends while holding down a full-time job as a data analyst. After two years, she quit that job to focus on rugby, getting support from her family and holding a variety of part-time positions. “I thought it was important to have the flexibility to travel in order to develop as a referee,” she says, “so I could stay on the path that I had set for myself, to make it to the Summer Olympics in 2020.”

That focus paid off when Hsieh was selected as a referee for the 2018–19 HSBC World Rugby Sevens Series, a major international competition. While she has returned to full-time work as a business analyst for a tech startup in Washington, D.C., she travels extensively to referee matches. And the Olympics are on the horizon. “I think I’ll find out around December if I’ve been selected,” she says. “I hope to be there, and that’s my focus right now, but I plan to be involved with rugby for a long time.”