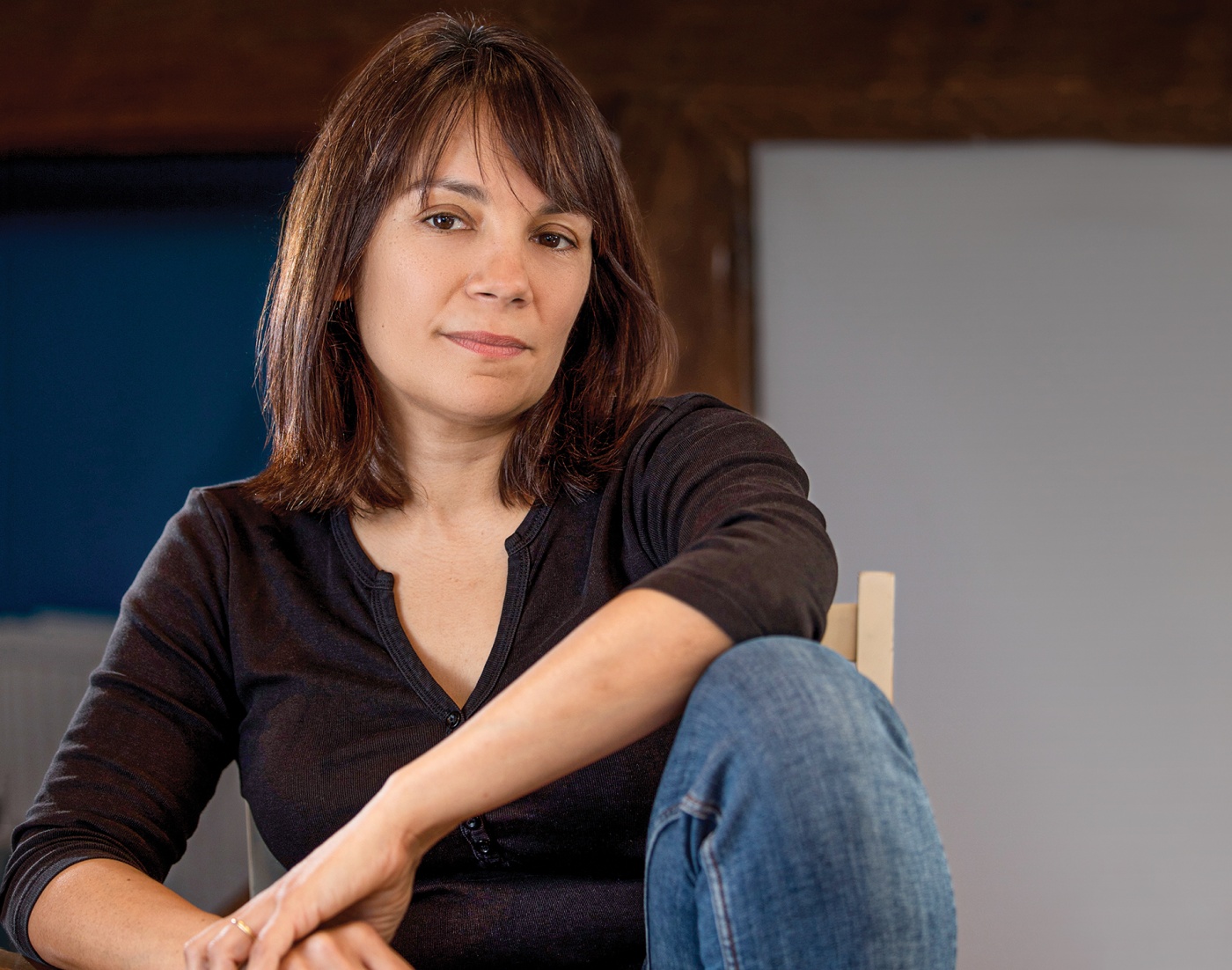 Peter came first, healthy and strong. Paul came next, difficult to birth, cord around his neck. Doctors warned his parents he might have problems. The path was set for the twins’ lives in that moment, a prophecy that didn’t just predict the future, but shaped it.

“My brother is a genius,” Paul explains, years later, to a kindly priest who’s taken an interest in him. “I’m slightly retarded.”

Golden Child, the debut novel by Claire Adam ’96, is set in rural Trinidad, where dogs guard each family’s modest compound and the threat of violence by bandits and thieves looms. It’s a dark, unsettling book, but a gripping one: each page brings fresh revelations and perspectives, and as the action picks up speed, the twins’ father, Clyde, is faced with a grim decision that is hard to witness but even harder to look away from.

A sense of foreboding shadows the novel right from the outset, as Paul, 13, goes missing after school one day. Clyde, a laborer, is fiercely proud and independent, and the danger all around him only makes him more mistrustful, even of his extended family. From the time his sons are small, Clyde’s love for them feels like equal parts obligation and aspiration, and Paul’s odd behaviors and difficulty in school strain even that. But Clyde wants a better life for them, and in Peter’s intelligence and academic success Clyde sees a path off the island, an escape from the violence and grinding poverty.

The story toggles between Clyde’s dawning realization of what has happened to Paul and the history of the family: the boys’ birth and childhood, the sprawling extended family of their mother, Joy, and her insistence that Peter look out for Paul and protect him. “The boys are twins,” she insists. “They must stay together. They together since they in the womb.” The prose here is understated and elegant, rich with imagery. The family is Hindu, of Indian descent, but the recurring themes are Christian: Peter and Paul’s names hint at their fates, and water is a purifying force. Adam’s ease with Trinidadian localisms—she was born and raised there—is present enough to give a sense of place but rarely intrusively so.

Although the novel is named for Peter, it’s the relationship between Paul and Clyde— the confused, uneasy love they share—that is the heart of this book. Adam gets deftly inside Paul’s head, and we also see him through many other characters’ eyes: those who write him off as crazy, with few prospects in life, and those who secondguess the way his family has accepted as fact that he’s “slightly retarded.” The parents’ names—Clyde and Joy—are an apt twist on the cliché about children. Clyde’s feelings about his sons approximate pride and joy, but his life is too difficult, and his relationship with Paul too complicated.

Ultimately this is a novel about how violence and poverty deform what should be the very balm for them: friendship, family, and love. The mistrust and the hardship work their way into every relationship, like the oil smell from the petrochemical plant where Clyde works that clings to his clothes and his hair.