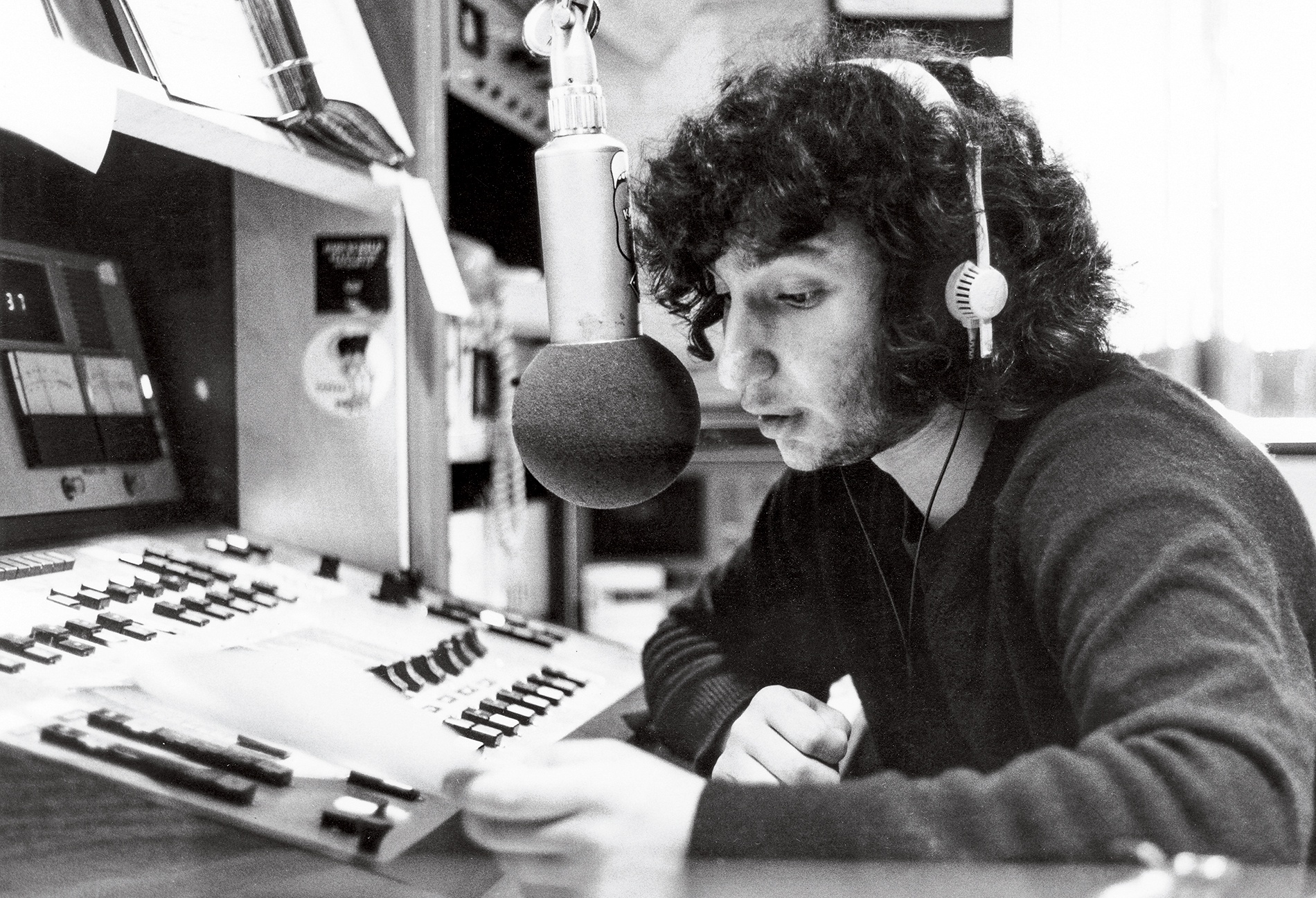 Bill Lichtenstein on the air at WBCN in 1973, filling in for vacationing Charles Laquidara on Big Mattress morning show.Photo: Don Sanford
First Person

As a ninth grader, Bill Lichtenstein ’78 volunteered to work at WBCN-FM in Boston, which had been transformed in 1968 from a classical station to a celebrated underground source for rock music, news, and commentary. “They had just set up the Listener Wire,” says Lichtenstein, “which was where volunteers answered the phone and helped people with anything they wanted to talk about. I started there and went on to covering news and then, not long after that, got my own weekly radio show.”

Nearly 50 years later, Lichtenstein has made a documentary, WBCN and the American Revolution, scheduled for theatrical release in December. He says he was inspired by the powerful impact BCN had during its heyday, when it was “a conduit for people speaking out. It occurred to me that the people who had spoken up about the Vietnam War, artists and musicians, people who were using their talents to try to change what was going on in the world, are not as vocal today.” He hopes the film will help change that.

“I’ve joked over the years that I was recruited [to Brown] by WBRU.”

Working at BCN not only was an important factor in Lichtenstein’s personal development but led to his enrollment at Brown. “In the winter of ’73, I was at the station and a group of students from WBRU at Brown stopped by, and I spoke with them,” he says. “They told me, ‘You should come to Brown. We have this great radio station.’” And that’s what happened. “I’ve joked over the years,” says Lichtenstein, “that I was recruited by WBRU.”

After graduating from Brown, where he served as WBRU’s program director, Lichtenstein earned a master’s at Columbia Graduate School of Journalism, went to work at ABC News, then started his own company, LCMedia, in 1990. It has produced award-winning radio and television series, as well as the documentary film West 47th Street. To make the BCN film, Lichtenstein interviewed many of the station’s early staffers, including such luminaries as Charles Laquidara and Danny Schechter (“The News Dissector”), and compiled archival material, including documents, photographs, and recordings (now housed in the American Revolution Documentary Collection at UMass-Amherst).

“A big part of what made BCN unique,” says Lichtenstein, “was that everybody felt a part of the station. Whether it was listeners or people who volunteered there or worked there, everybody felt connected. It went off the air in 2009, but people still remember the first time they heard it. The depth of the passion people have for BCN is amazing.”