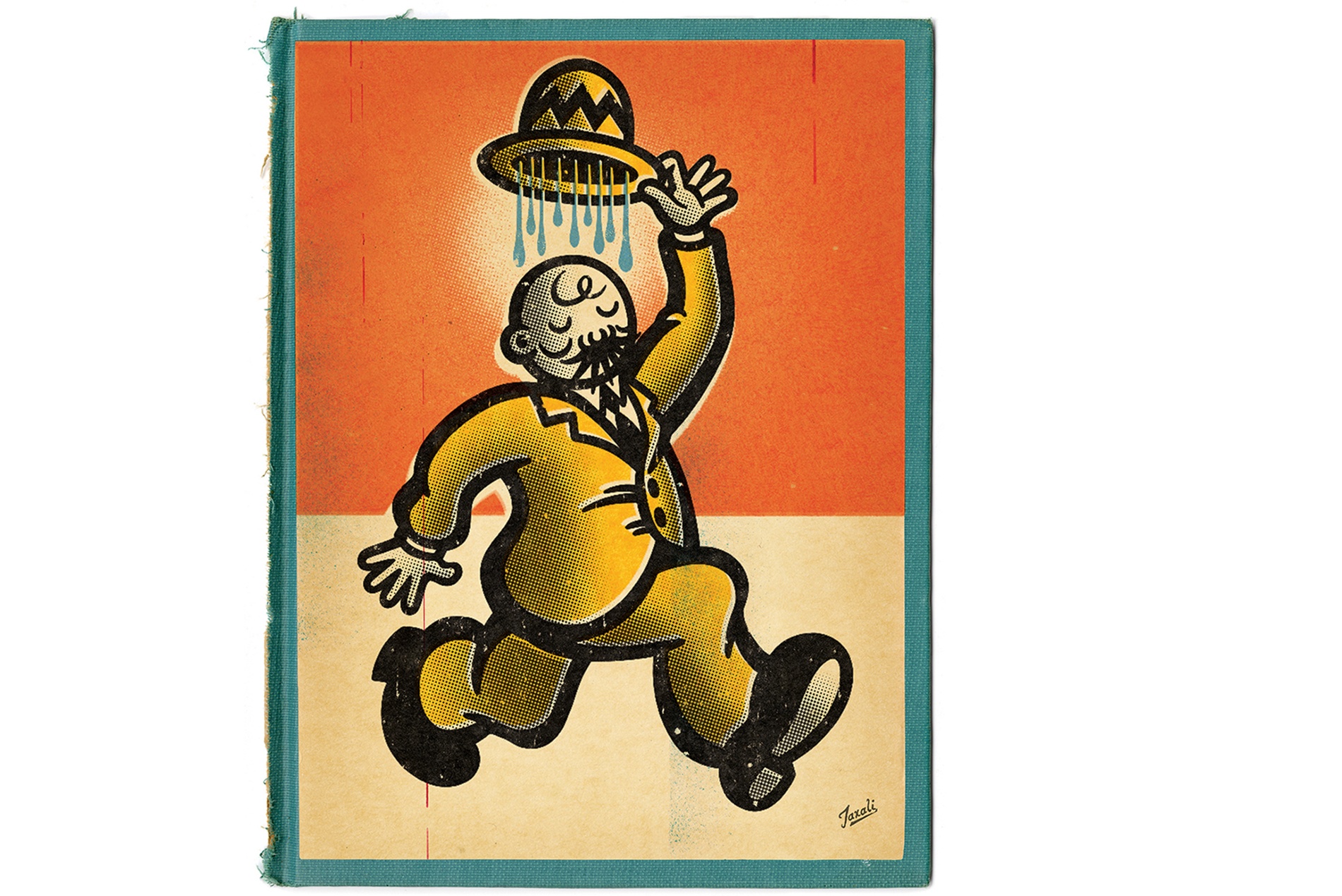 The Peanuts Papers, a new book of essays edited by Andrew Blauner ’86, features such literary luminaries as Umberto Eco, Maxine Hong Kingston, and Ann Patchett musing on “Charlie Brown, Snoopy & the Gang, and the Meaning of Life.” Some well-known Brunonian writers represent.

David Kamp ’89, a Vanity Fair contributor and former Spy magazine editor who got his start writing humor at Brown for the notoriously funny Film Bulletin, wrote about learning history—both serious and silly—from Peanuts word balloons. “I first heard of Twiggy,” he writes, “and by extension the whole Swinging London scene she represented, because Snoopy announced in a 1967 strip that he thought he was in love with her.”

Rick Moody ’83, a literary arts professor at Brown and author of six acclaimed novels including The Ice Storm, writes about loving Peanuts as a child, hating it as an adult—and then introducing it to his daughter. Moody analyzes the strip and its spinoffs as a literary and cultural phenomenon: “Narratively, It’s the Great Pumpkin Charlie Brown and A Charlie Brown Christmas were excellent and hilarious tragicomedies,” he writes. “Linus’s reading aloud from the St. Luke account of the first Christmas in A Charlie Brown Christmas [...] has in recollection taught me more about what I imagine we’re supposed to be doing on that fraught holiday than any other piece of art ever made.”

The Official Preppy Handbook author and podcast producer Lisa Birnbach ’78 writes of her harrowing yet empowering experience as a legally blind grade-schooler in 1967, forced to perform the role of Lucy in a school production of The Wonderful World of Peanuts without her glasses. And in another essay, Brown Professor Emeritus of Psychiatry and Human Behavior Peter D. Kramer, author of the bestseller Listening to Prozac, examines the psychology of Schulz’s work and its commentary on psychoanalysis, starting with the classic 1959 strip where
Lucy-as-psychiatrist tells a depressed Charlie Brown, “Snap out of it! Five cents, please!”

In 1996, Blauner asked Charles Schulz to write an essay for an anthology. Schultz declined, but said, “If you ever find yourself in Santa Rosa, please stop by.” Blauner visited, adding a personal connection to his appreciation for Schulz’s art. “I found it compelling how Peanuts had endured the way it had and had transcended the generations,” Blauner says.

Below, from The Peanuts Papers, This American Life host Ira Glass ’81 muses on why Schulz’s consistent focus on depression and failure makes readers so unaccountably happy. 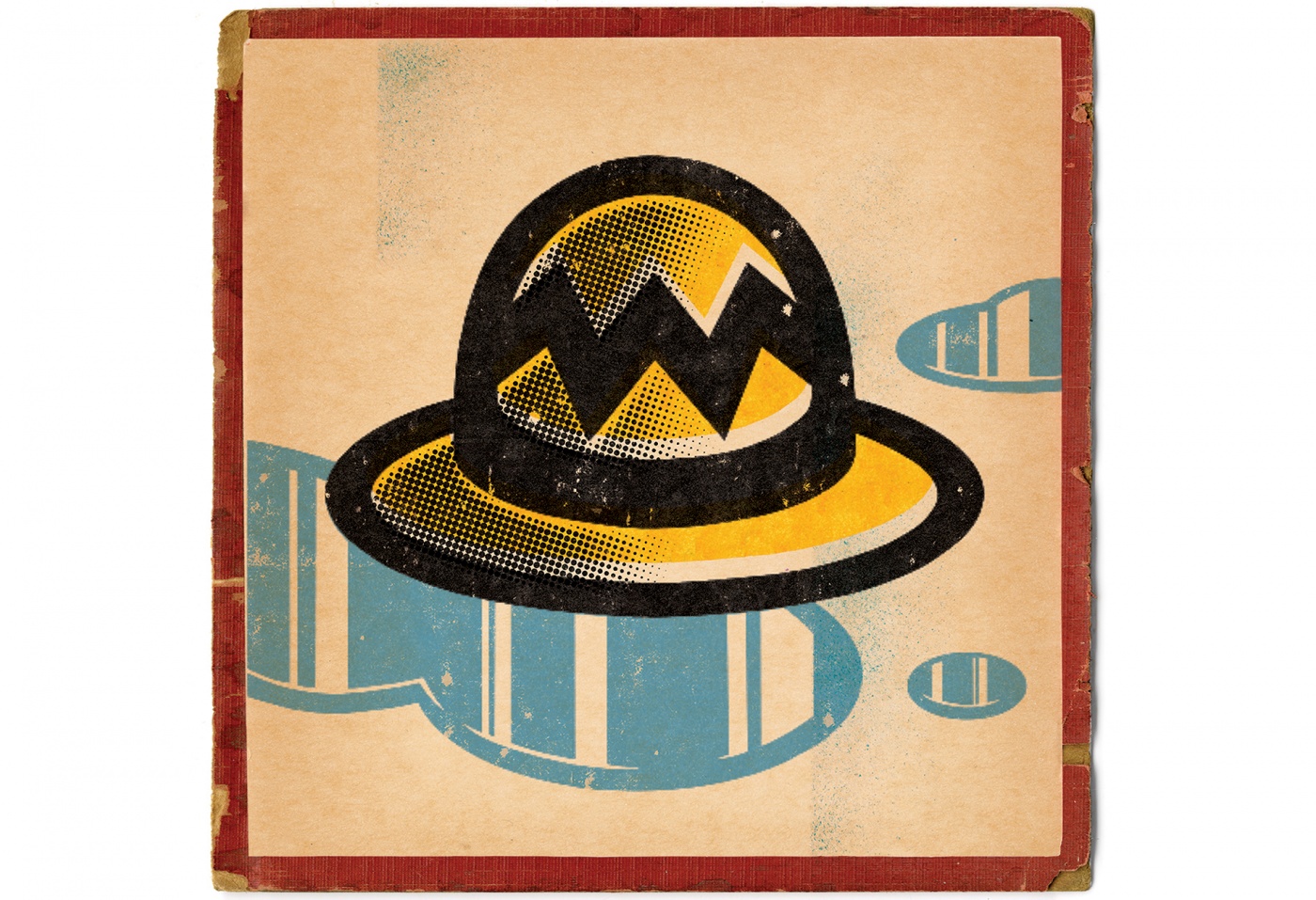 Recently, I ran into my best friend from junior high school. He’d been living in New York for years. “Lemme ask you something.” He drew in close as he said it; his voice was low. “Every girlfriend I’ve had in New York has asked me what my favorite books were growing up. Did you read? Did anyone ever tell us to read back in Baltimore?”

We weren’t dumb kids. We were expected to get As and go to college. But reading was something you did for school. You plowed through the novels, figured out the themes and ideas as a way to answer questions on a test. It was like math, just another puzzle to solve. The idea of reading a book for pleasure, of taking a book personally—I didn’t discover that until well into college.

Except when it came to cartoons. Somehow they slipped under the radar, because they didn’t seem like reading. When I was little, I had books of Peanuts cartoons that I re-read constantly. I don’t remember ever thinking they were funny. Who ever laughed at Peanuts? I just liked the mood of them. I was a sulky little kid, easily upset, didn’t play sports, didn’t like playing outside at all. I had a few years when I was obsessed with getting sent to Vietnam and dying, starting around the time I was six and my Uncle Lenny went to the war. I had friends but I was closer to my mom than to my friends. I thought of myself as a loser and a loner and Peanuts helped me take comfort in that. Maybe to my detriment. One of my oldest, most solid feelings is the feeling of preferring to be on the bottom, dejected and apart from others. It’s still there today, waiting for me if I have a bad week, like a bad robot ready to come to life. That’s the dark-but-happily-dark feeling I got reading Charles Schulz’s strip. “All the loves in the strip are unrequited,” he said in 1985. “All the baseball games are lost, all the test scores are D-minuses, the Great Pumpkin never comes, and the football is always pulled away.” Even after I managed to get some friends, somehow I held on to all that feeling.

“All the loves in the strip are unrequited,” Schulz said in 1985. “All the baseball games are lost, all the test scores are D-minuses, the Great Pumpkin never comes, and the football is always pulled away.”

There’s not a lot of art for kids that’s so drenched in sadness. Or if there is, I didn’t know about it. It’s comforting to have something that so thoroughly lets you wallow. I definitely took it too far. My mom sometimes scolded me, “You’re not Charlie Brown!” I was undeterred. In grade school, I and some friends staged our own bastardized production of that musical about Charlie Brown. We sang the songs from a book we got at the music store, and performed scenes we remembered from seeing the touring company at the Morris Mechanic Theater downtown. There was choreography, I remember, which mostly involved marching around. Because I organized the show, I got to play the lead. Which is pretty much how I ended up hosting a national radio show years later.

Once I got older, a friend introduced me to Spider-Man, which was basically the same loser feeling as Peanuts, but staged with a teenager in a superhero costume. Spidey was enormously competent in some ways—as was I, with my good grades and my weekend business doing magic shows for kids’ parties—but he still managed to live under a cloud. Persecuted. Misunderstood. A failure even when he was a success. And of course, most important of all, very sad.

I love that these two melancholic glumsters might be the most popular characters in comics. That they’re iconic figures in our culture, known to most everybody. I don’t have anything against winners. Winners are fine. Good-looking, brilliant, rich super-achievers have their place. I suppose. But they don’t offer much comfort to the lonely. For that, you need someone as misunderstood and alone as you feel. You need Charlie Brown. His very existence makes you feel understood and less alone.

Nice that he’s still around, years after he was conjured into existence, to perform this pen-and-ink voodoo.—Ira Glass ’81

A version of this essay previously appeared in McSweeney’s. Reprinted by permission of the author.

Reader Responses to Losers for the Win

“Losers for the Win” (November/December, 2019) reprints a version of a 2004 essay from Ira Glass ’81. As a “sulky little kid,” he wrote, “I thought of myself as a loser and a loner and Peanuts helped me take comfort in that.” And as a teen later on, he identified with Spider-Man as enormously competent in some ways, but still living under a cloud and persecuted. Recently and with a charming irony, Glass himself became a comics character starring in Jessica Abel’s fascinating graphic novel Out on the Wire: The Storytelling Secrets of the New Masters of Radio (Broadway Books, 2015). The “pen-and-ink voodoo” goes on!