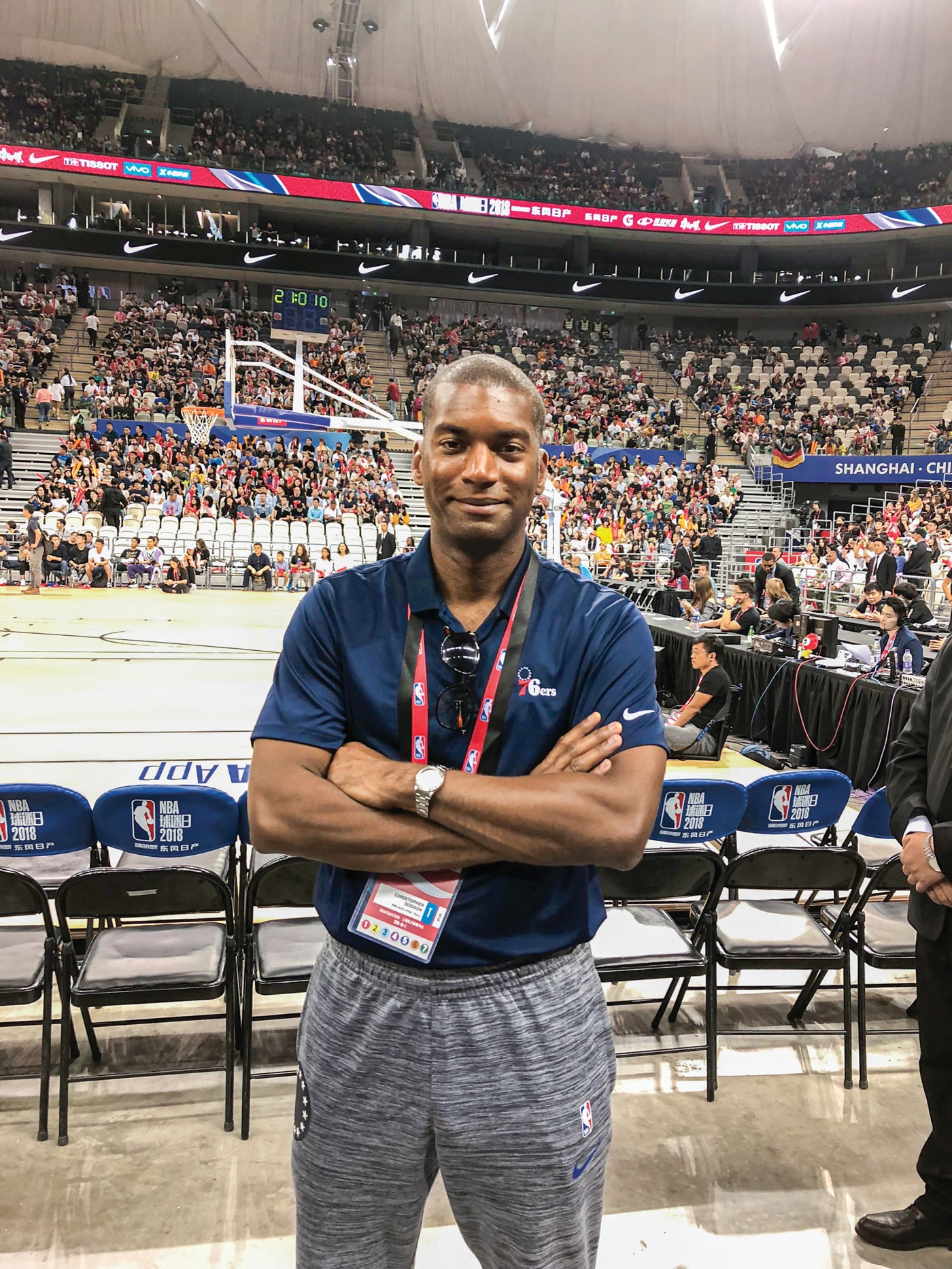 Christopher Dodson ’99, MD ’03, trained at top-flight academies and with world-class mentors such as hand surgeon Arnold-Peter Weiss, professor of orthopedics at Brown’s Warren Alpert Medical School. But now that he’s head team physician for the NBA’s Philadelphia 76ers and head orthopedic surgeon for football’s Philadelphia Eagles, the 42-year-old Dodson says he’s found that what it takes to be a top sports doctor simply can’t be learned in a classroom.

“It’s not really taught,” says Dodson as he tries to describe the intricacies of locker-room care. From his early days working with the New York Mets at their Port St. Lucie training camp as a resident at Manhattan’s Hospital for Special Surgery, Dodson has learned that knowing how to manage the anxieties of a team’s general manager is nearly as important as knowing how to repair a severed tendon or a shattered knee.

“There’s a textbook way for treating things, but with athletes there are just nuances,” he says. Dodson describes the pressures from athletes who want to get back into action as quickly as possible, and how the same injury might be seen differently by a rookie or by a veteran near the end of his career. “For younger players, you’re dealing with their mom and dad,” he says. “For older players, you’re dealing with their spouse.” The player’s agent is always dialed in as well. “A lot of times they’re nervous about how it will impact their career, and you have to be able to communicate that with empathy and confidence.”

Patient privacy laws mean Dodson can’t talk about the glamorous athletes he’s treated. But in Philadelphia, famed for the noisy passion of its blue-collar fan base, he can’t turn on his radio without hearing callers spout off about why 76ers center Joel Embiid misses so many games or how quickly Eagles quarterback Carson Wentz returns from a back injury. It’s a pressure few other doctors face, yet he wouldn’t have it any other way. Growing up in Columbia, Maryland, Dodson decided to be a physician as a middle schooler after he saw how much his father—an Air Force veteran who worked for a time as an accountant at Howard University Medical School—respected the doctors he worked with.

A series of experiences—volunteering at a trauma center when he was in high school, a summer at Brown working with a surgeon for the NFL’s New England Patriots—steered Dodson towards sports orthopedic medicine. It was also a way for Dodson, an all-league forward on the Brown soccer team that won Ivy titles in ’96 and ’97, to stay in the game.

As an orthopedic surgeon at Philadelphia’s Rothman Institute, Dodson says that in a typical day he might see five high school athletes with ACL (anterior cruciate ligament) tears. That’s not when the press comes calling, of course: “The 5 percent of my patients who are pro athletes are the 5 percent who get all of the glitz.”