One morning in 2010, Ross Trudeau ’06 ended up the target of some good-natured ribbing when a student discovered that he—a high school English teacher with a penchant for “big words”—didn’t do the New York Times crossword. So he tried his hand at Tuesday’s puzzle, making it halfway through. He was hooked. 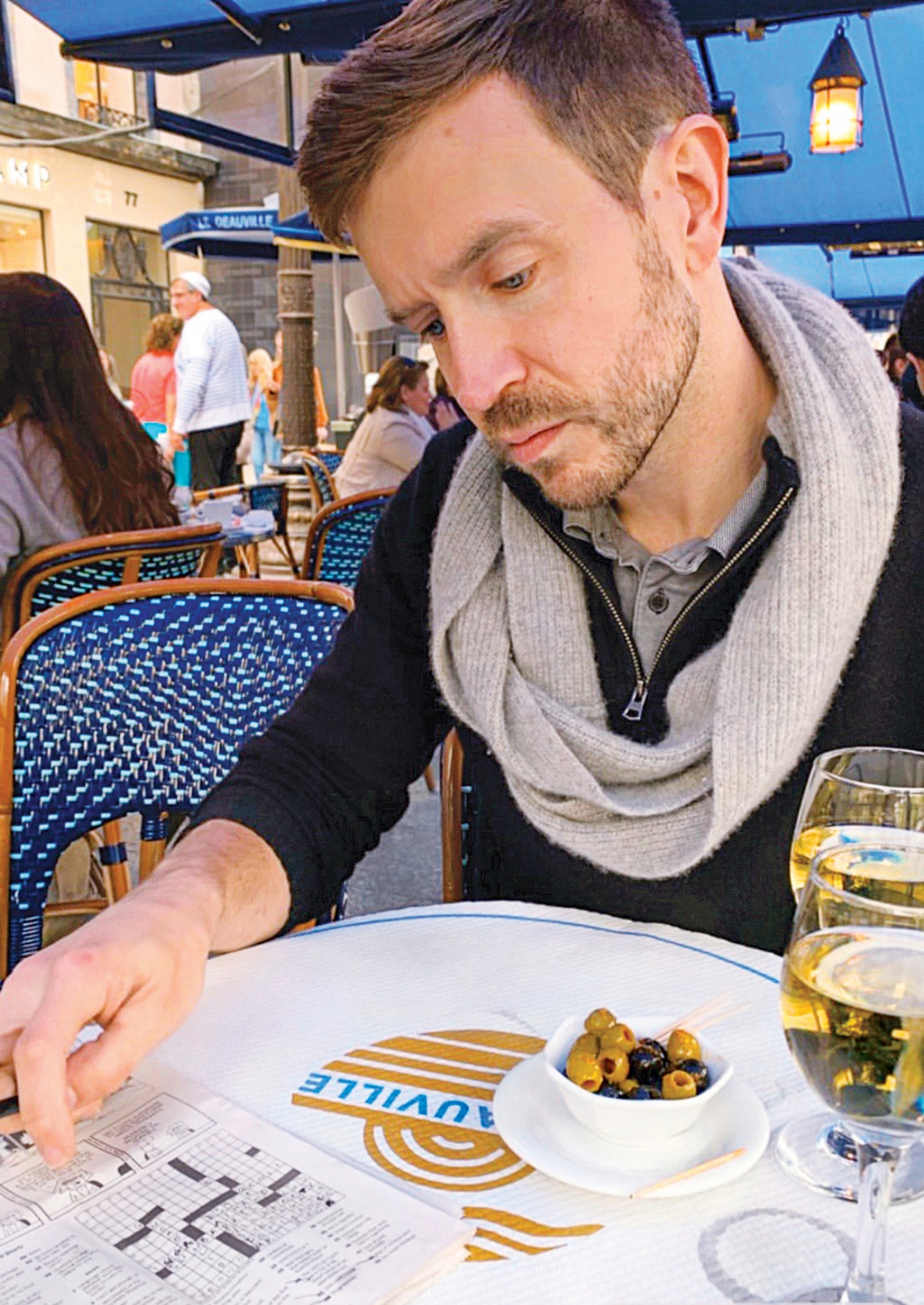 The more crosswords he completed, the more impressed he became with the artistry and creativity of certain grids. “I was curious more than anything else. Like, how hard is this?”

Trudeau sold his first crossword to the paper of record in 2017.  “I had assumed selling a puzzle to the New York Times would allow me to wash my hands of this particular obsession,” he recalls. “But it only snowballed.” Trudeau sold a grand total of 48 crosswords last year, 10 of which were published in the Times, seven in the Wall Street Journal, and two in the LA Times—plus one on a beer can from his local brewery.

He’s now one of the world’s most frequently published crossword constructors. It’s a rarefied club—and, like so many other industries, membership has been limited primarily to white men. It wasn’t until a tester commented—“Wow, pretty bro-y puzzle you got here”—that he realized one grid was all-male.

In response, he’s offered to assist any constructors who identify as women, people of color, or LGBTQ+ in getting their grids published. This year, he’s actively capping his submissions to the Times—he’ll only pitch as many solo creations as the number of puzzles he’s facilitated or collaborated on with underrepresented creators.

Trudeau also conducts larger workshops, where he walks rookie constructors through the process of making a puzzle. The clues, surprisingly for most solvers, come last—writing them represents just five percent of the constructing process, he estimates.

The ultimate goal, Trudeau says, is to create that “satisfying aha moment when the solver figures out what’s going on in the puzzle. It’s like an audible brain click. That’s what you’re going for as a constructor.”