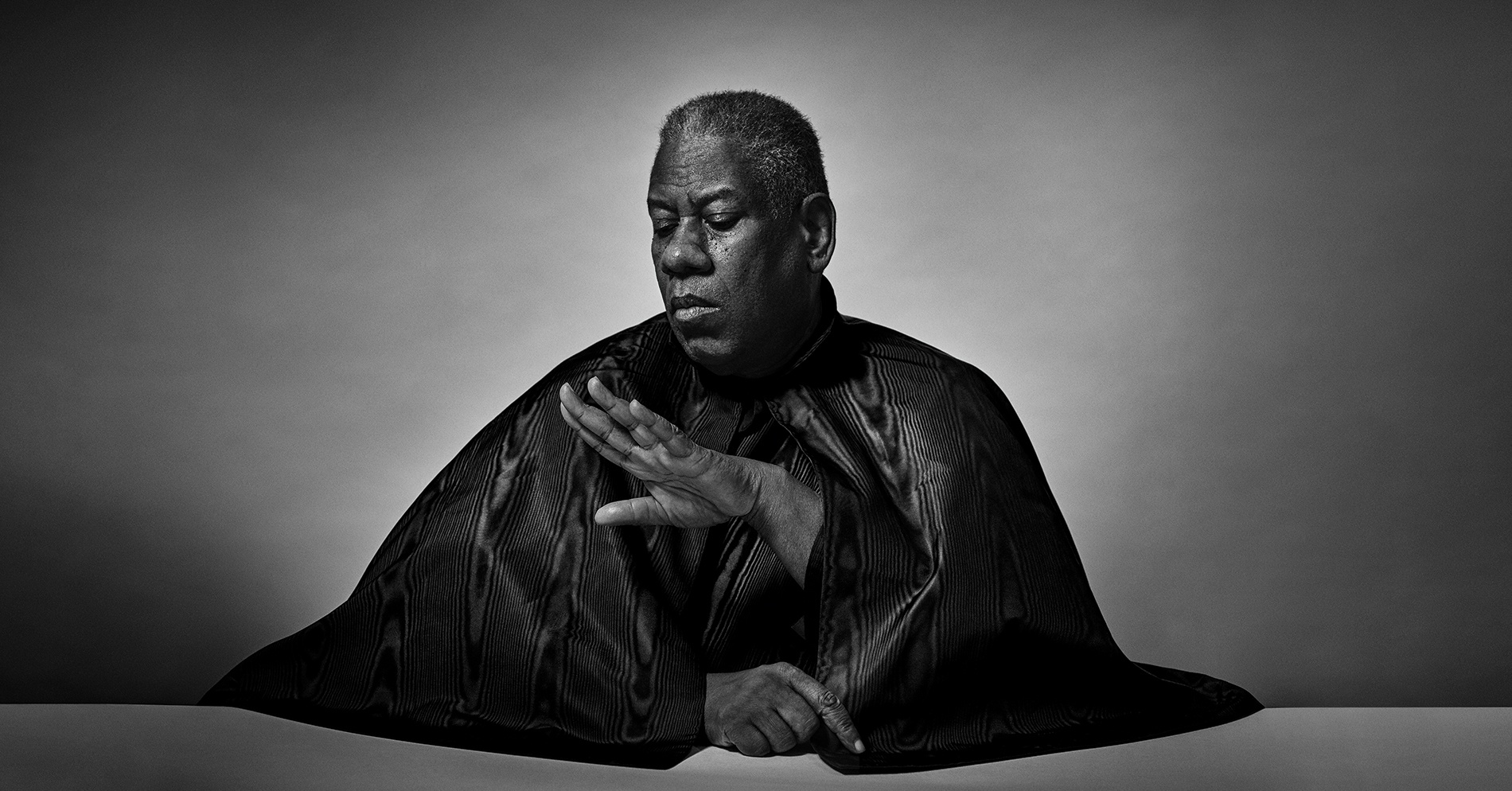 For decades, one of the most towering presences in the fashion world—literally and figuratively—has been André Leon Talley, a six-foot-six North Carolina-bred Black gay man who cut off his French lit doctoral studies at Brown to climb the ranks of the fashion world in 1970s New York and Paris. As Vogue’s longtime editor-at-large, he sat for three decades beside the throne of Anna Wintour and jet-setted opulently with the fashion elite. It’s all recounted in his New York Times bestseller The Chiffon Trenches. Talley chatted with us from his Westchester County home.

Of your many interviews, this may be the only one to lead by asking you about your time at Brown in the early 1970s. What was it like?

I was in Providence for three and a half years. I mostly remember the quietude and elegance of the campus. I also made one of my best friends there, Dr. Janis A. Mayes ’73 AM, ’75 PhD (now a professor of African American studies at Syracuse University). We still speak almost every day.

Was the whiteness and privilege of Brown shocking to you, coming from a modest southern Black background?

My goodness, no! Brown was a liberating experience for me. I met sophisticated people and I was rather sophisticated in my own education, so I adapted easily and was surrounded by Black best friends, like Dr. Mayes. We ate together and went to Paris on spring break. I merged into the Brown and RISD lifestyle and met wonderful people.

You’ve been sitting out COVID in your house in White Plains?

Yes, I rarely go out. People come to me and we sit on my very beautiful porch and we have lemonade and lovely food. I haven’t been inside anyone else’s house since February. I have friends who pick up my food curbside for me. On a typical day, I’ll wear an agbada, a North African cotton garment with a kitelike silhouette.

A throughline in your book is white dominance and racism in the fashion industry. Are we in an unprecedented breakthrough moment race-wise?

Thank you for that question. I appreciate it. The world changed this summer when we saw George Floyd being murdered by cops. But now there are so many white, Latino, Asian people out there marching next to their Black brothers and sisters.

Do you feel vindicated?

No. People perceive that I’ve lived a glamorous life, but if you dissect the glamorous fish of fashion, you’ll see that racism is embedded in the guts. There was never a Black photographer who did a Vogue cover until Tyler Mitchell photographed Beyoncé recently. Now a Black man, Edward Enninful, is the editor of British Vogue. These are the slow drifts of Blackness into white spaces.

You write in the book, “A great fashion show makes me feel good, like attending church on a Sunday morning.” How are they similar?

When I see a great fashion show accompanied by beautiful music and pageantry, ceremony, drama, I also have that experience in the Black Baptist church—or in a Russian Orthodox church in St. Petersburg. A good fashion show renews my faith and uplifts me.

I have to say that as I read about your longing to have the chilly Anna Wintour back in your life, I wanted to cry out, “André, let her go!” Will you ever?

That’s a terrible question. That’s rude and offensive. Let her go? We had a relationship of more than three decades and considered each other friends. There is not a day that goes by that I don’t think of her. This book is not about revenge or bitterness. It’s an epistle of love and forgiveness, not only to Anna but to all people who came into my life. I will continue to crawl through the trenches into the light!