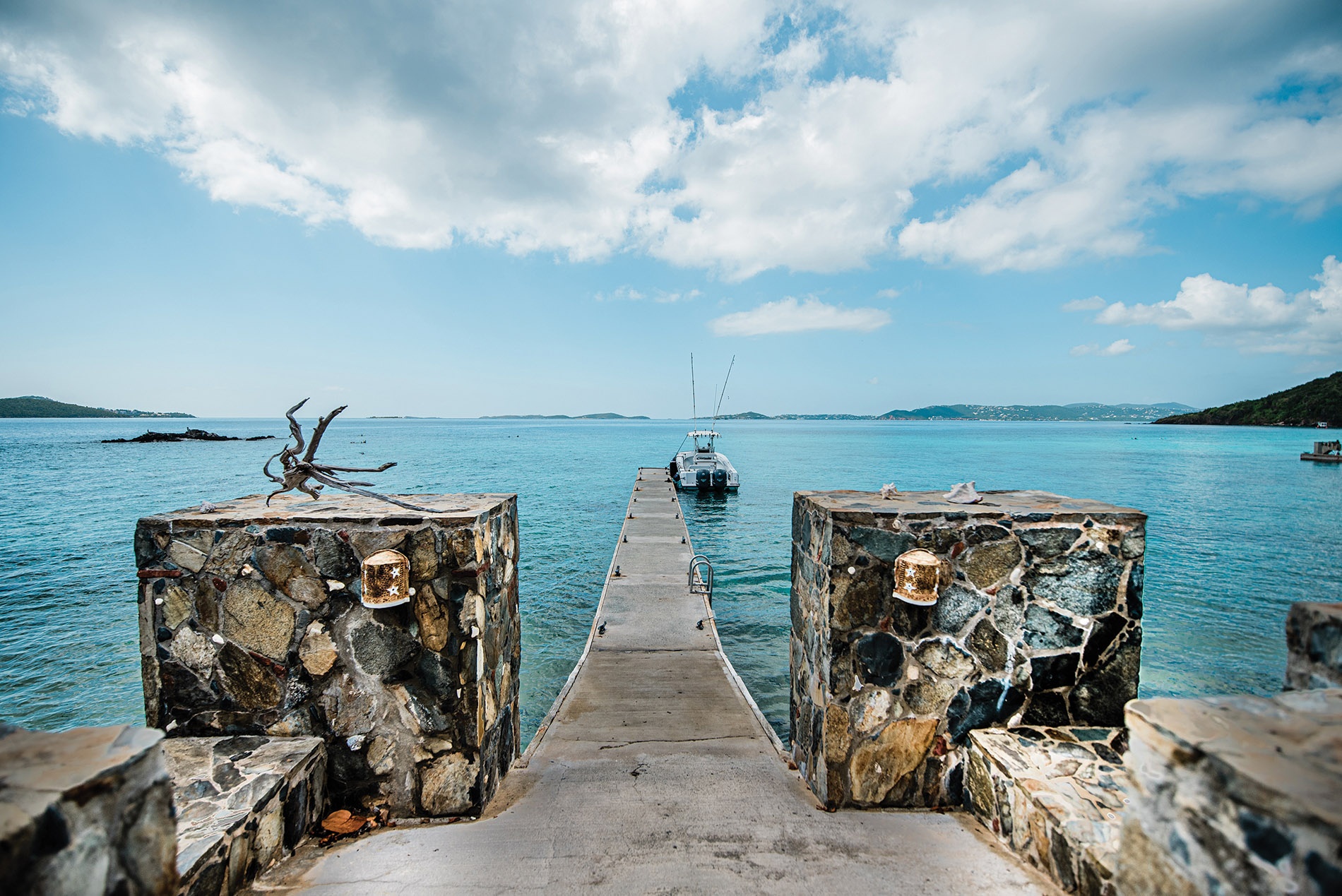 The ferry from St. Thomas arrives at this dock on the private island, or take your own boat and tie it up here. This is also the entryway to the seaside restaurant at the Sniders’ Lovango Resort & Beach Club. Photo: ANNE bequette
Sports & Recreation

Hospitality Lessons
The challenges of hotel ownership during a pandemic

In March, 2020, Gwenn Masterman Snider ’83 was on a private island off St. John in the USVI for the launch of an oceanside restaurant there, with plans to start building an adjacent hotel. It was the latest venture for Little Gem Resorts, the boutique hospitality company her family owns.

Business was booming at the restaurant—that is, until the pandemic forced it to close and halted progress on the rest of the project. Snider and her husband, Mark, rushed home to Massachusetts, only to face “cancellation after cancellation after cancellation,” she says, at their flagship properties: the Winnetu Oceanside Resort in Martha’s Vineyard and the Nantucket Hotel & Resort. “We were on track to have our busiest season ever and it went to full stop.”

Snider and her family—including sons Oliver and Matthew, who work for the company (daughter Annie ’13 is a senior strategist at New Balance)—had to pivot quickly. Once the state allowed hotels to reopen, they brought dining outdoors. They retooled marketing to highlight COVID-19 safety procedures like social distancing on the antique vehicles that transport guests from the ferry. In June reservations started to pick up. Both resorts reached full occupancy by July, which allowed the company to avoid layoffs and recover lost revenue.

“We were on track to have our busiest season ever, and it went to full stop.”

After Brown, where Snider concentrated in English and history, she went to work with Mark, who ran the Cape Cod & Hyannis Railroad throughout the 1980s. The couple then joined the construction and real estate business owned by Mark’s family and in 2000 opened the family-friendly Winnetu resort. In 2012 the two bought and renovated the historic Nantucket Hotel, a year-round property.

Despite the pandemic, the family went ahead with the St. John destination, called the Lovango Resort & Beach Club. They postponed hotel construction, building a pool and outdoor facilities first, so the beach club, restaurant, and a retail village were able to open in December to day-trippers. Snider says the hotel part of the resort—including bungalow cottages and a luxury tent, or “glamping” area—has now started welcoming overnight guests.

Snider hopes the virus will soon be at bay. “We’ve been fortunate,” she says, “but it’s been exhausting.”