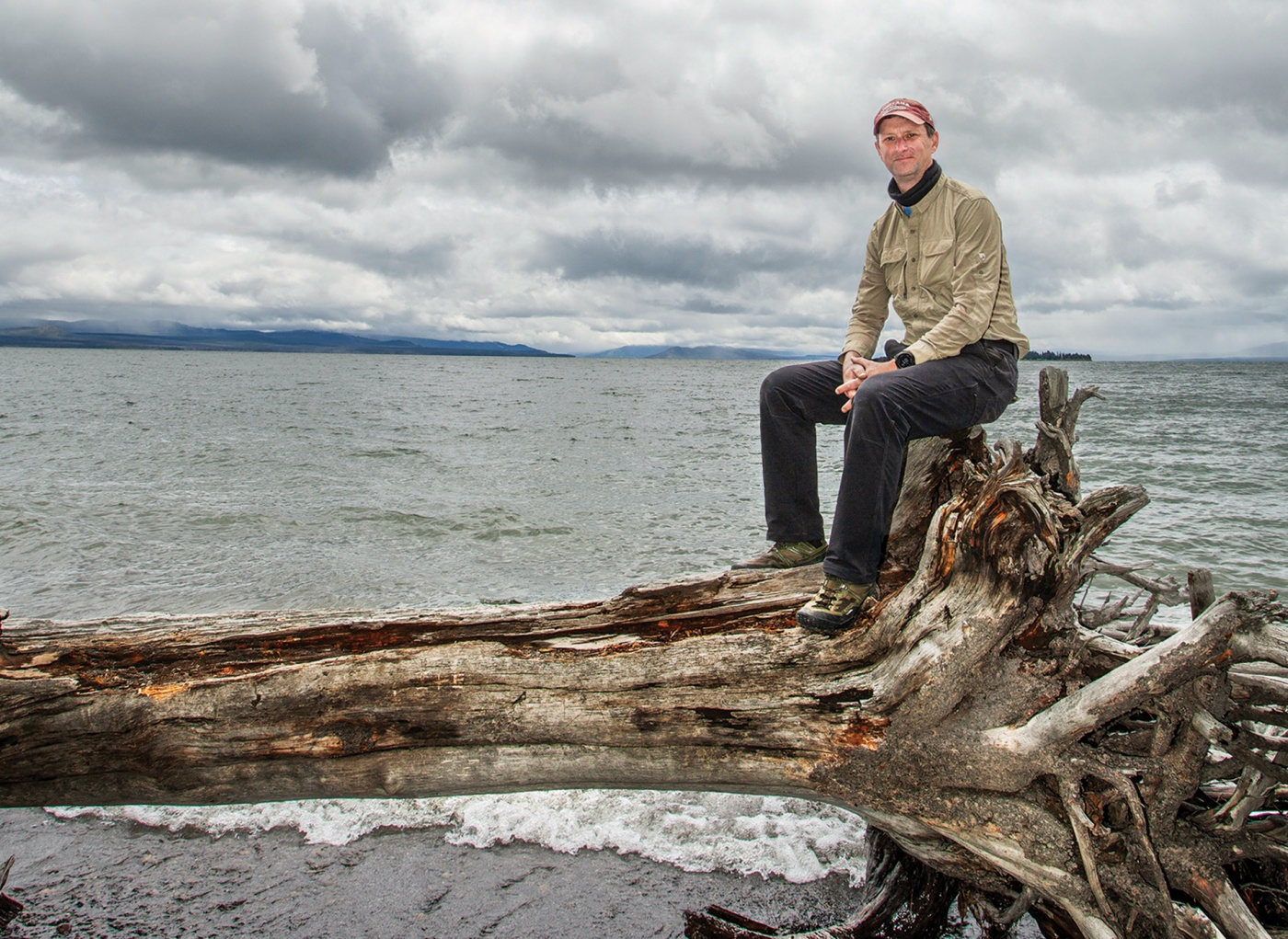 Doug MacDonald ’91 wears a high-visibility reflective orange safety vest when leading digs at Yellowstone National Park. He’s learned that dressing that way keeps tourists from thinking he’s a looter and yelling at him. “People take the park seriously and don’t want it defiled, so I try to wear an outfit that looks moderately official,” says MacDonald, a professor of archaeology at the University of Montana.

His recent book Before Yellowstone: Native American Archaeology in the First National Park explodes the myth that Yellowstone was uninhabited before it became the world’s first national park in 1872. Native Americans lived there for 11,000 years, he says, and inhabited “every nook and cranny” of the park.

Over the past 15 summers, MacDonald and his student crews have found hundreds of sites. He believes as many as 50,000 remain undiscovered, including some at higher elevations. Countless sites, including stone fasting beds where people sought religious visions, are being revealed as glaciers melt due to climate change.

When MacDonald started at Brown, he ran track and cross-country and planned a career in banking. But a summer trip to Mexico and its archaeological sites gave him a new direction. Then junior-year classes with anthropology professors Douglas Anderson and the late Richard Gould fired his enthusiasm. But life in Yellowstone has meant leaving running behind. A cougar once stalked his crew, and he sees grizzly bears every summer. “I learned pretty quickly not to go running, especially if I’m alone,” says MacDonald. “It’s not safe at all.”

Two of MacDonald’s most exciting discoveries came in 2013 when he found two obsidian spear tips. Known as “Clovis points” because their distinctive style matches others first found near Clovis, N.Mex., in the early 1930s, they proved that bands of fur-clad hunters stalked prehistoric megafauna such as mastodons and woolly mammoths at Yellowstone Lake 130 centuries ago, making them the region’s first human inhabitants. Nearly 300 beachfront sites have been found around the lake, some continuously inhabited for millennia.

Yellowstone’s early marketing campaigns claimed it was pristine—untouched by humans—yet the U.S. Cavalry patrolled it from 1886 to 1918 to keep Native Americans from returning. In recent years the National Park Service has worked to teach visitors about Yellowstone’s true history, MacDonald says. He hopes more people will learn that the two-million-acre Crow reservation in Montana once was a 50-million-acre reservation that included half of eastern Yellowstone.The U.S. took that away when it created the park.

“There’s a certain amount of irony about visiting a place like Yellowstone,” MacDonald says, “because the only reason we would consider it wilderness is that the people who lived there were removed.”