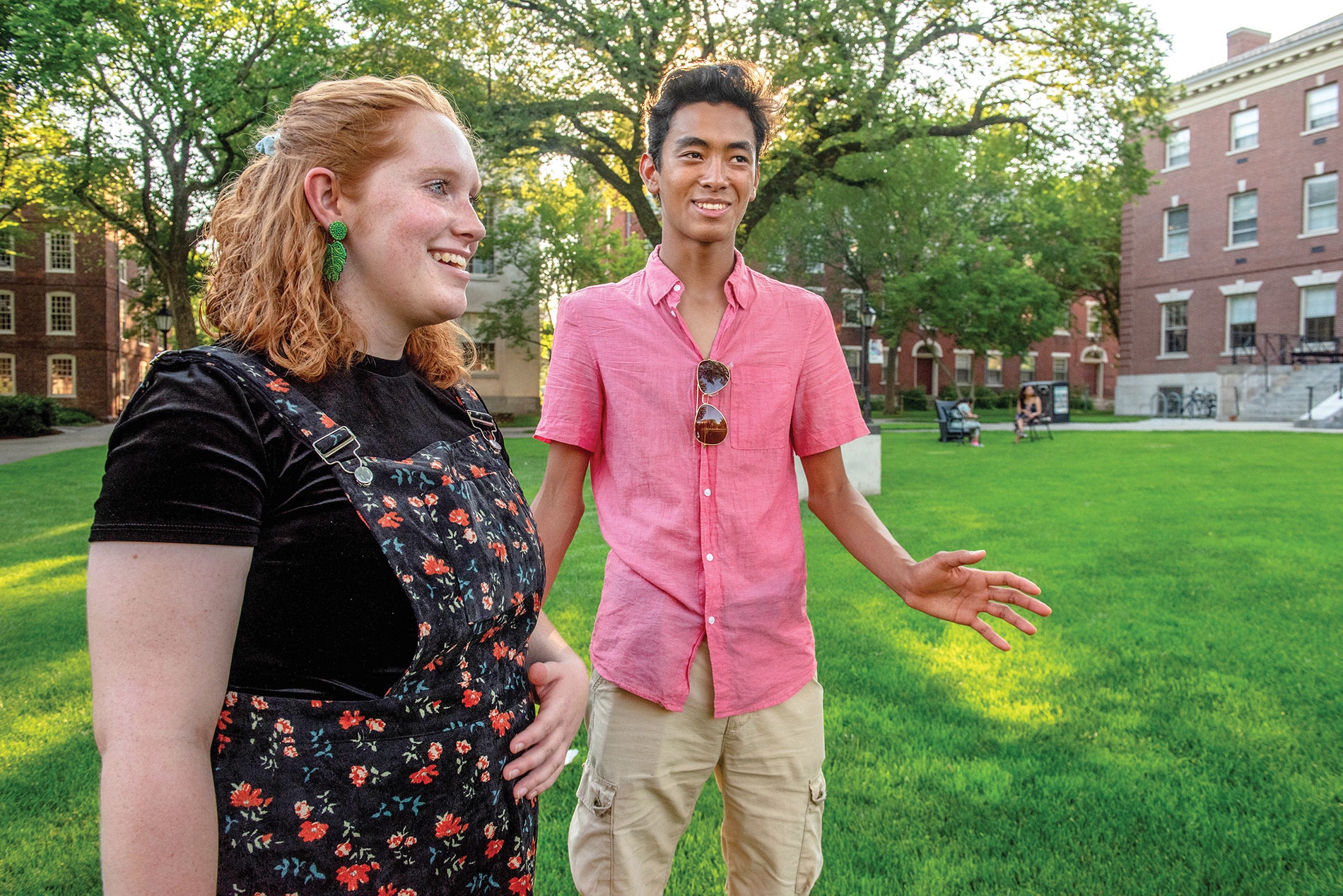 Last summer, after I heard about Brown’s three-semester plan, I wrote an irate editorial for the Brown Daily Herald. I felt “blindsided” and “betrayed.” I also stated that I felt the plan would result in mental burnout and prevent people from pursuing internships.

Since then, I’ve mellowed a bit. Turns out there were many benefits: as restrictions eased it was easier to go get ice cream at Three Sisters on the Pawtucket border or explore downtown with friends. We didn’t have to compete against upperclassmen to get into interesting classes and there was excellent course selection despite the reduced campus population—all in a relaxed summer atmosphere. Most of the students on campus were freshmen, though about 400 pre-college program participants arrived
in late June.

Alejandro Ingkavet ’24, a first-year from Brooklyn, also wrote a BDH editorial slamming the plan last summer. At the time he stated, “I believe it [the three-semester plan] disproportionately affects low-income students who rely on summer jobs and who cannot live off their parents through the fall.” And now? “Summer semester has been fantastic” in terms of classes, admits Ingkavet, who was able to snag three prized in-person classes after a year of mostly digital offerings.

For Sunny Choi ’24, more socializing made “the campus feel more alive” and the easing of outdoor mask restrictions made it easier to recognize people. She would study with friends on the green and spend more time in libraries and common areas because her building, like most dorms, did not have air conditioning.

Many students bought their own AC units, even though they were prohibited and ResLife later warned that they would be confiscated. Christopher Vanderpool ’24 says he couldn’t afford his own unit. “I think that it’s really displaying the wealth disparity on campus,” he comments, “because if you have money, it’s fine, you can just buy your way out…”

Maddie Walters ’24 almost went home to upstate New York. It struck her that this summer would be her only time to relax for the next few years and she wanted to spend time with cousins. But she ultimately decided against that plan. To go remote, she realized, “would be social suicide.” So she stayed and found that it was easier to meet people in the summer semester and that it was easier to grasp her course material when classes were in-person.

I never contemplated going home for the semester (nine months with my family in 2020 was more than enough), though I was also homesick at the beginning of the semester and felt tired after a too-short break. But I quickly immersed myself in projects and classwork, continued to discover the joys of RIPTA and the Pitman Street Salvation Army thrift store, and enjoyed sitting outside or going for walks on the campus that I fell in love with when I first visited Brown. Even though a summer semester wasn’t what any of us planned, it was good to begin getting back to normal life.