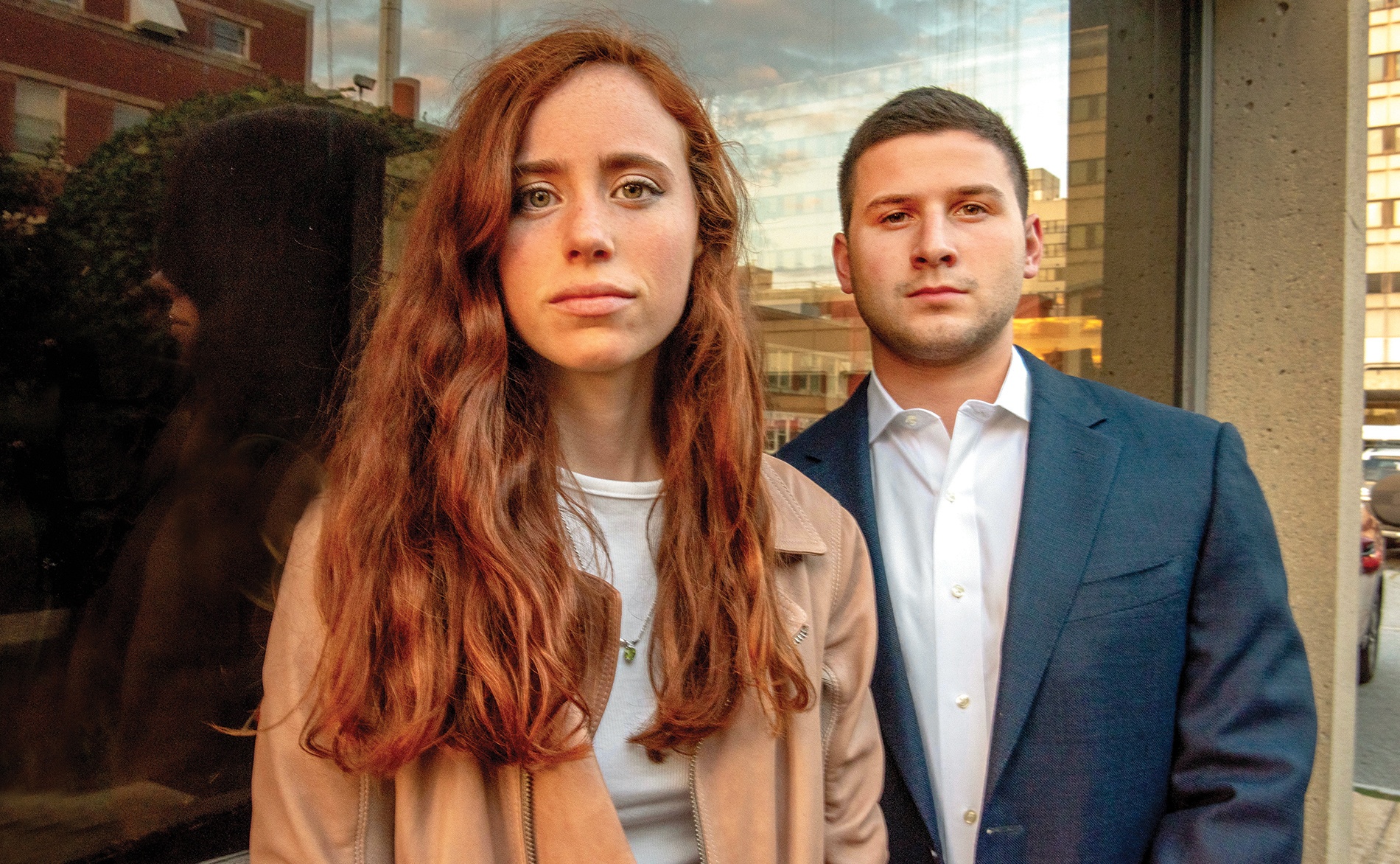 As Eliza Sternlicht ’22 interviewed anesthesiologists in 2019 for a since-abandoned startup concept, one topic kept coming up: pharmaceutical waste. She talked with Jack Schaeffer ’22, a friend since freshman orientation, and the pair decided to investigate, eventually driving to nearly every nursing facility in the state.

They heard stories of second mortgages, seniors moving far from family to afford care, and pills cut in half. They viewed biomedical waste bins  full of those same pills headed for incineration. In all, their research—which focused on cancer patients—revealed a startling disconnect: 25 percent of cancer medication is wasted, while 41 percent of patients end treatment with unfinished prescriptions. Meanwhile a full 64 percent report cost as a barrier to healthcare. “We realized just how big of a problem this is,” Sternlicht says.

So the pair started MediCircle, a pharmaceutical redistribution company. Under its for-profit model, pharmacies and healthcare facilities can donate instead of incinerate—and get a tax credit. The company accepts only FDA-approved, unopened, unexpired oral chemotherapeutics, and charges a greatly reduced rate for them. Its pilot program launched this summer, aiming to chip away at the $3 billion of unexpired oral chemotherapy that it estimates is wasted annually. The startup took home the 2021 Brown Venture Prize—$25,000 plus mentorship and networking opportunities. MediCircle was also picked by audience members—who were tuning in virtually—as “Fan Favorite.”

“The $25,000 was huge for us,” says Schaeffer, who serves as company CEO, “but even bigger was that Brown stamp of approval. It’s accelerated our growth and interests in ways we couldn’t have imagined.”

To make sure the company does no harm, MediCircle checks that pills are sealed in tamper-evident packaging, verifies the identity and history of each medication, and partners with a third-party chemical analytic company to ensure that its pills meet quality standards. Sternlicht, MediCircle’s CTO, says they’d rather “make sure that we’re leading the industry” in safety precautions than run the chance of sending out medication that isn’t high quality.

“Most ventures fail because they’re solving a problem that doesn’t actually exist, or doesn’t exist in the way that they think it does,” says Professor Jonas Clark, associate director of the Nelson Center for Entrepreneurship, which sponsors the competition. MediCircle, he says, started with “a very consequential, high impact problem.”

By the end of five years, Schaeffer and Sternlicht aim to have expanded into other specialty medications. “We’ll hopefully have a redistribution network in every state that can help patients across the country,” Schaeffer says, so patients can “relieve that stress of financial toxicity and just focus on getting better.”