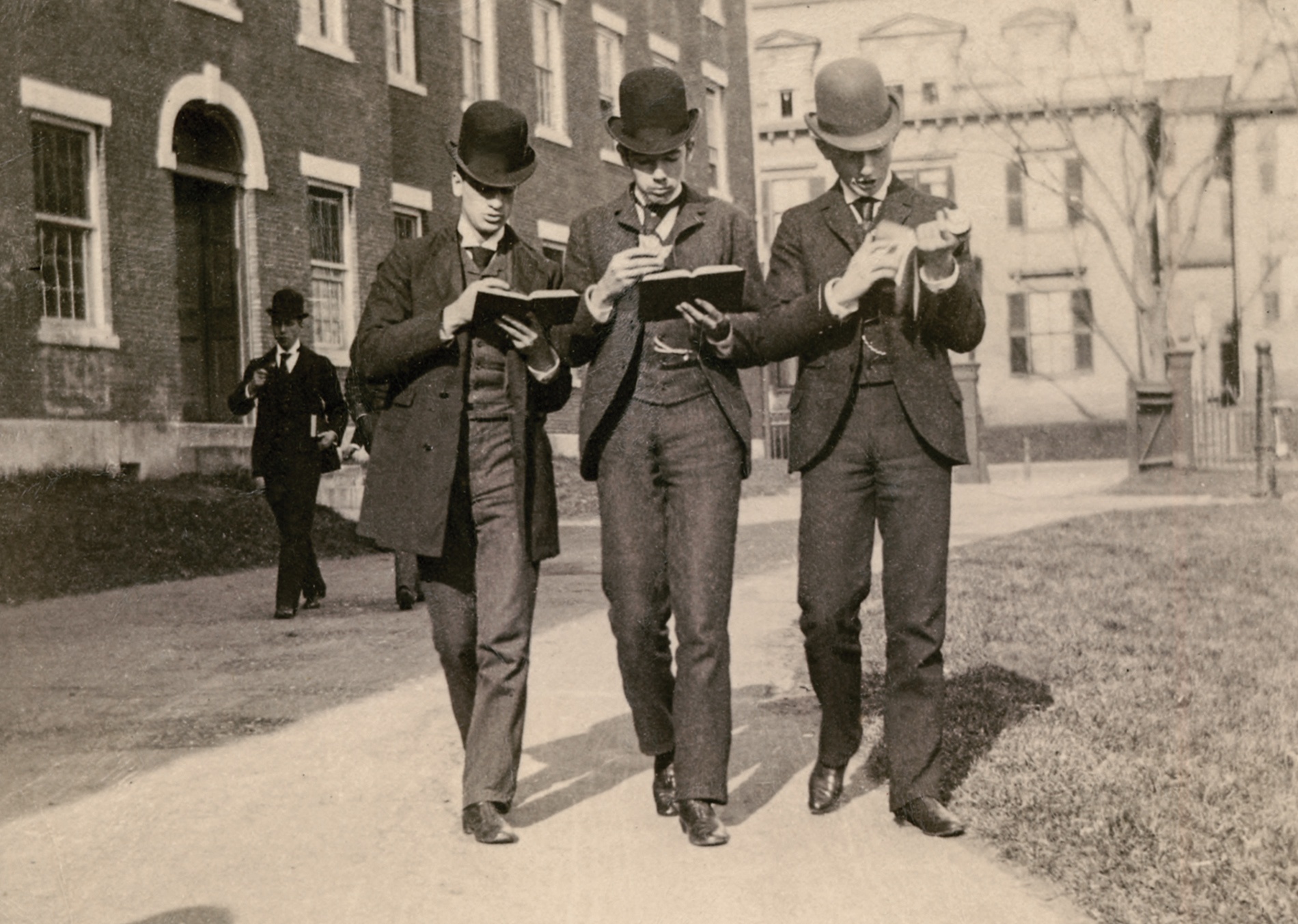 Was this staged? These three men from the class of 1888 can’t tell us, but we sure do love their extra-tall bowler hats and their apparent dedication to their studies. Walking from left to right are George Samson Brown, Eli Whitney Blake Jr., and Francis Herbert Brownell, members of Phi Beta Kappa and Alpha Delta Phi fraternities. Among their classmates were John Wesley Gilbert, who went on to become the first African American to receive an advanced degree from Brown—he received his AM degree in 1891. Also class of 1888 was Clarence Augustus Barbour, who went on to become a Baptist pastor and then served as Brown’s president from 1929 to 1936, with the impossible task of growing the endowment during the Great Depression. (According to a guide to his papers in the John Hay Library, Barbour had a “nervous breakdown” in 1936, the year he left his position.) Barbour had apparently been your typical overextended Brown student, having taught courses in the Providence Evening School as an undergrad, and, in his senior year, becoming the principal of the Richmond Street Evening School.

Reader Responses to The Well-Accessorized Student