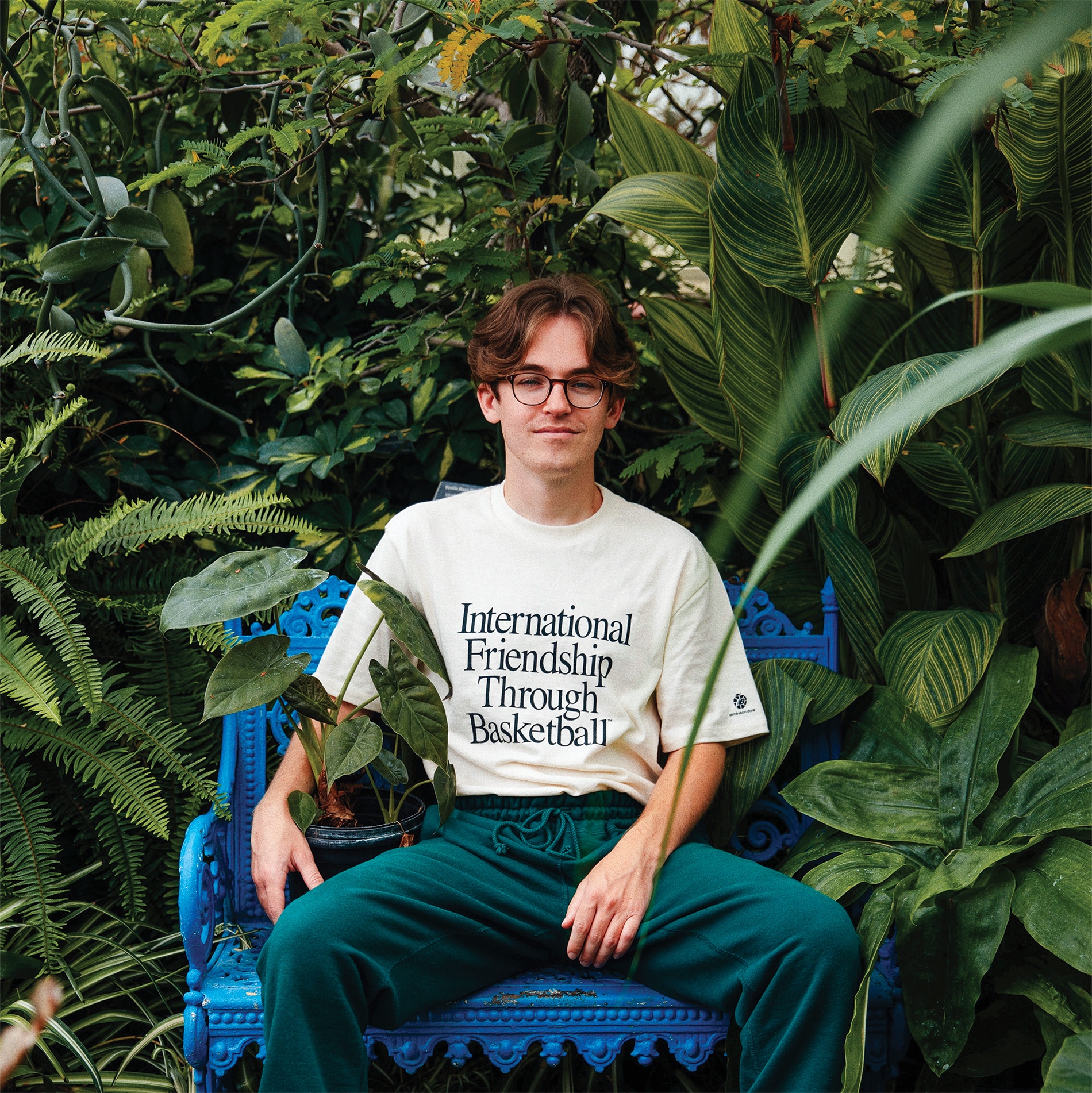 R.I. native Nick Sarazen ’17, photographed in a Saunderstown greenhouse by his cousin.PHOTO: Dave Sarazen
The Arts

Three years ago, an unemployed Nick Sarazen ’17 lived with his parents in North Kingstown, R.I., creating hip hop beats on his laptop. “There’s no way I could do a regular nine-to-five job and still have the energy to do my music,” says Sarazen. At the time, he had zero industry connections other than Los Angeles–based songwriter Jacob Kasher, whom he’d befriended on Twitter. But the tunnel vision paid off. Encouraged by Kasher and his manager-wife Jaime Zeluck-Hindlin, Sarazen moved to L.A. in 2019 and promptly cowrote “Marry Me” for Jennifer Lopez, slated as the title track for her upcoming movie. A few weeks later, one of Sarazen’s beats, ingeniously powered by a Bulgarian folk song sample, served as backdrop for rapper D Smoke’s “Gaspar Yanga” track. Featuring Snoop Dogg, “Gaspar Yanga” became the lead single from D Smoke’s record Black Habits, which earned a 2020 Grammy nomination.

“It’s funny that all of this happened so fast,” says Sarazen,  who began making beats on Apple’s GarageBand. “They were horrific,” Sarazen laughs. Arriving at Brown, he  sought out like-minded hip hop fanatics. “My first week at Brown, I got wind of a party and walked up to the deejay booth where this six-foot-seven dude was getting ready to go on next,” recalls Sarazen. “I said ‘Hi, I’m Nick. I produce music and want to get into deejaying.’ The tall dude turned out to be Tucker of Sofi Tukker. We hit it off right away.”

Immersed in music that first semester, Sarazen nearly flunked out. After an eight-month leave, he returned to Brown and enrolled in the MEME (Multimedia and Electronic Music Experiments) program. “Jim Moses’s production class was my real entry to a world where all these other kids were making electronic music,” Sarazen recalls. “It was like this forum that really opened me up to collaboration.”

Sarazen’s ability to generate catchy ideas “in the room” with other writer-producers makes him popular in Hollywood, where he’s currently working on projects for Sofi Tukker and British pop singer Charli XCX. He recently collaborated with Bonnie McKee, renowned for cowriting Katy Perry hits including “Teenage Dream” and “California Girls.”

“Bonnie’s a savant!” Sarazen says. “I feel lucky to be around people who are at the top of their game. I still have to earn my stripes, so to speak, hone my craft, and combine everything I’m learning into my own creative vision.”