Curating the Ephemeral
How do you exhibit work by artists whose main point is rejecting museums and galleries? 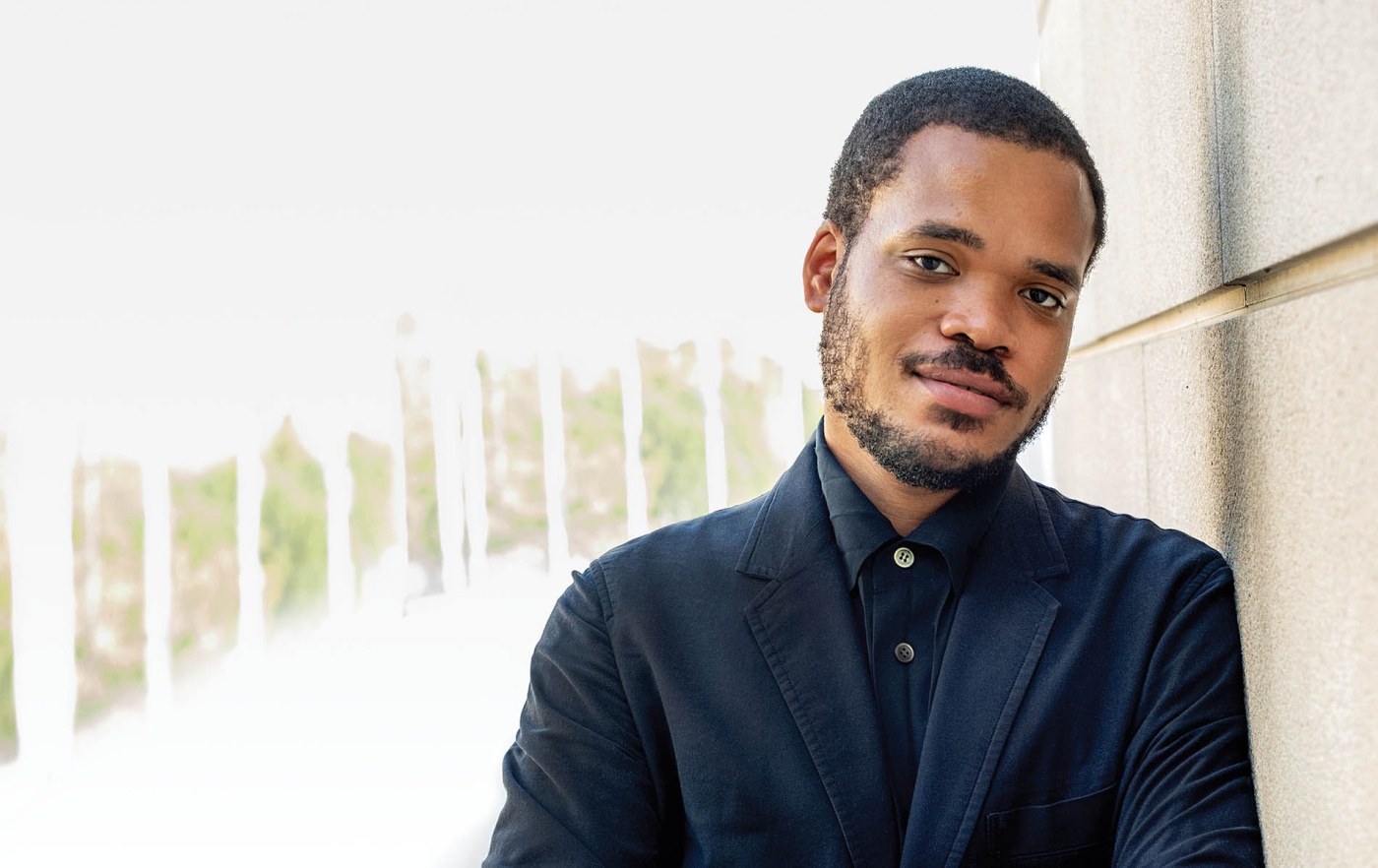 Sonic graffiti. Cardboard boxes filled with ephemera. These are the kinds of art objects that Jordan Carter ’12 exhibited as Curator of Contemporary Art at the Art Institute of Chicago.

A specialist in Fluxus and conceptual art, Carter largely deals with artists whose work exists “at the periphery,” often due to “self-imposed strategies of refusal.” Carter’s current exhibition, for example, Ray Johnson c/0, highlights an artist whose work often took the form of U.S. mail sent to friends, each recipient adding something new—collaboration rather than a single genius author, a dynamic experience rather than a static object.

Carter’s task is to institutionalize works such as Johnson’s that by nature reject traditional institutions such as museums and galleries, and resist commodification and memorialization. Carter says this means asking the question: “How do we contextualize these objects in ways that allow people to have an insight into the way in which they existed before their social life now within an institution?”

In December, Carter became the curator of Dia Art Foundation in New York, which has expanded its collection and programming in recent years to include works by underrecognized conceptual artists such as those Carter exhibited at the Art Institute, many of whom are Black.

Alongside installing Kehinde Wiley and Amy Sherald’s presidential portraits of the Obamas at the Art Institute, Carter also recently organized an exhibition of works by Richard Hunt and an upcoming exhibition in 2023 on Stanley Brouwn. Both are considered path-breaking artists whose work has not been adequately recognized by major American museums. In 1971, when Hunt, a Chicago sculptor who repurposes discarded metal scraps, was in his 30s, he was one of the first African American sculptors to have a solo exhibition at the Museum of Modern Art, which traveled to the Art Institute. It was Hunt’s only solo exhibition at the museum until Carter’s show opened in 2020, when Hunt was in his 80s.

Brouwn’s work shares similar curatorial challenges to Johnson’s. “He’s an artist whom you can’t even write about because part of his practice was about having no written interpretation, no photography of the artwork, and no biography associated with the work,” says Carter. “He believed that the work existed solely in a specific time and space between the work and the viewer. He eschewed any mediation of that experience.”

As a curator, Carter may not always be able to reproduce the exact conditions of such historical artworks. But he finds joy in doing  everything he can to get viewers as close as possible to that unmediated experience.

Reader Responses to Curating the Ephemeral