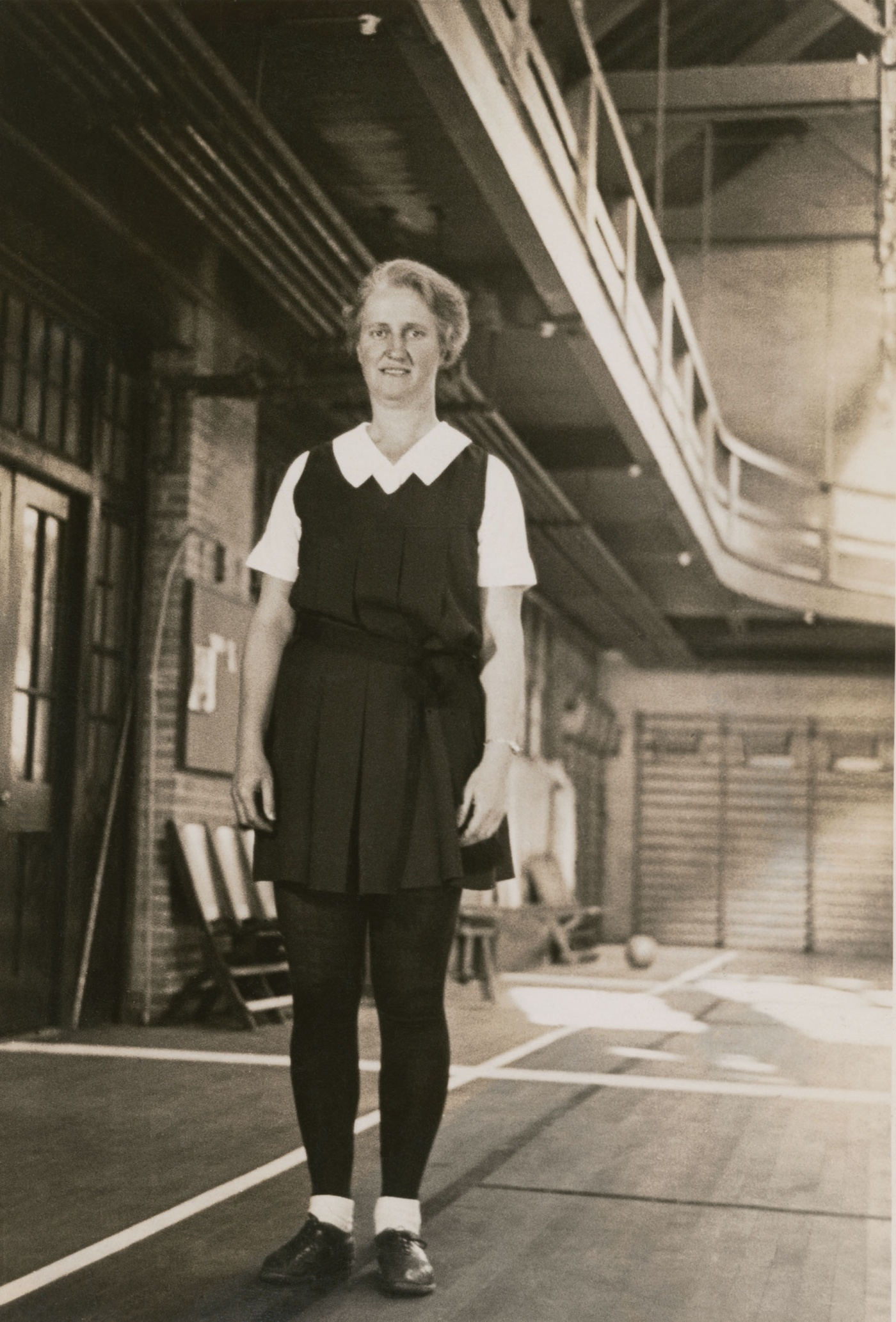 Bessie H. Rudd, here in Sayles Gym, ran Pembroke’s athletics program—or “physical education” as it was known—from 1930 to 1961. She established and coached Brown’s “club varsity” field hockey (elevated to varsity in the ’70s) and was an A-rated national umpire who contributed to rule-making for the sport. A heavy smoker who claimed she never inhaled, she favored compulsory four-year phys-ed and spoke against Title IX and Pembroke’s merger with the men's college. Since 1961, the Bessie H. Rudd Award has been given yearly to the woman who’s done the most to promote women’s athletics at Brown; in 1975, Rudd was the first woman inducted into the Brown Athletic Hall of Fame.