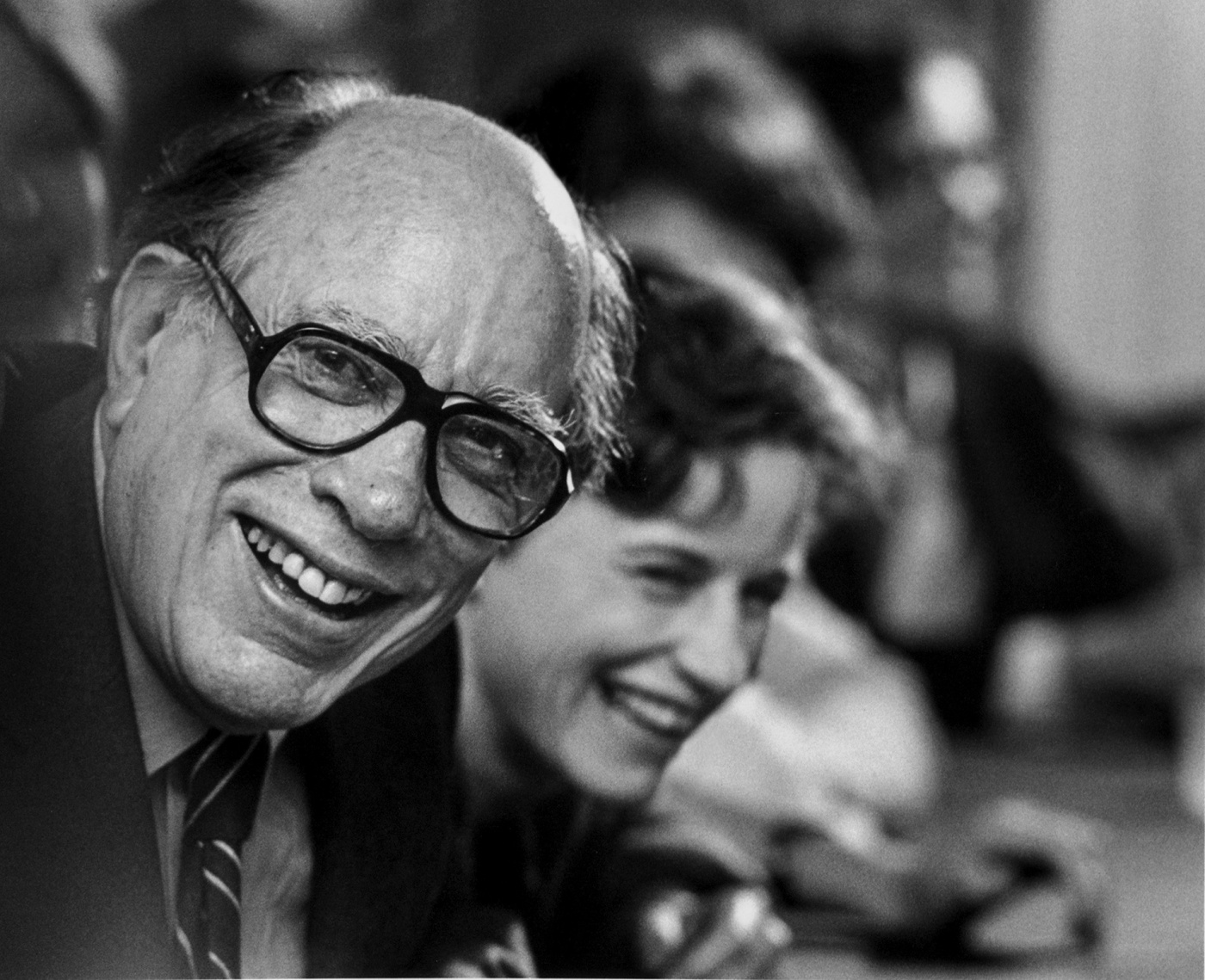 In 2020, during the first spring of the pandemic, the Providence fire and police departments, along with friends and well-wishers, celebrated Professor Emeritus Jim Barnhill’s 98th birthday with a parade down Transit Street. Everyone was masked, but there were horns and balloons. Jim, the consummate man of the theater, stood on his stoop in his World War II cap and waved to the cheering crowd.

A year and a half later, on October 16, 2021, James Orris Barnhill, master teacher and friend and mentor to many in the Brown community, died peacefully in his home at the age of 99. He had lived in Providence for more than 60 years and his career at Brown spanned more than three decades. His vision, especially during the 1960s and ’70s, was essential to the creation of what is now the Department of Theatre Arts and Performance Studies. Jim Barnhill understood the transformative power of the performing arts, their value to society, and their importance in a liberal arts education, and while many of his students have reached prominence in theater, film, and television, his legacy has also enriched the lives of Brown graduates who became bankers, CEOs, accountants, journalists, novelists, and painters.

I arrived at Brown as a freshman in 1978. I knew I wanted to be an actor, but I was uncertain in other areas. Jim took me under his wing. He directed me in a creaky German classic and I thrived in his acting class. He began inviting me for coffee or lunch, often at the International House of Pancakes on Thayer Street. “Order anything you like. Anything at all!” he’d announce with a dramatic flip of his wrist. The real nourishment was not the waffles but the stories of his life, his interest in mine, and our shared love of the theater. He was a great listener, but he had less interest in my grades than in my ideas and my happiness. He often told tales of his visits to India, where he taught and had many friends. Jim, I discovered, was a Southern gentleman who spoke in koans, and it was my job to discover their meaning.

For special occasions, our lunches graduated the next year to the Faculty Club, and when I left Providence for drama school in New York City, Jim came to see me in shows there—and later, in plays Off-Broadway. Then there were the letters. He had studied calligraphy, and his writing, both in meaning and appearance, was art. I received the last one the year before he died. I was not alone. There were many who knew his wisdom and encouragement. There were many of us under his wing.

The second son of a Baptist minister, Jim Barnhill was born on May 23,1922, and grew up in Hattiesburg, Mississippi. He attended Mississippi College. After his distinguished service during World War II as a naval officer in the Pacific Theater, Jim completed his bachelor’s in international relations at Yale and a master’s in social studies at NYU. Having worked as an actor in leading summer stock companies for years, he then set his sights on becoming a professional actor. In 1951, he was accepted at the Yale School of Drama. After receiving his MFA, he was offered a position teaching speech at Brown. He thought he might stay a year or two, but life had other plans.

In 1954, drama classes were a part of the English department, and facilities and teaching staff were limited. But Jim knew that theater was a way to access creativity and strengthen communication and leadership skills; as he rose in the academic ranks to professorship, he persevered. By 1969, “theatre arts” was a separate concentration within the English department, and in 1978­—with the addition of Jim’s earlier appointments of John Emigh, Don Wilmeth, George Houston Bass, John Lucas, Julie Strandberg, and Barbara Tannenbaum—Theatre Arts became a full-fledged department, with Jim as its first chair. Professor Elmo Terry-Morgan ’74, his former student and current artistic director of Rites and Reason Theatre, remembers Jim as instrumental in the creation of both the Brown-Tougaloo Partnership and Rites and Reason. In 1964, Jim served as one of the original founders of Trinity Repertory Company. He was also a Fulbright Scholar at both Maharaja Sayajirao University of Baroda and the University of Calicut, both in India. After his formal retirement from Brown in 1986, Jim continued to teach and direct at RISD, Brown, Tougaloo College in Mississippi, and at universities in Pakistan and India; in his lifetime, he was involved in more than two hundred productions.

John Emigh, his dear friend and colleague, remembers him as a splendid actor and an inspiring director, but especially as a remarkable teacher. His students include Laura Linney ’86, Kate Burton ’79, Aunjanue Ellis ’92, Alfred Uhry ’58, John Lee Beatty ’70, James Naughton ’67, Richard Foreman ’59, Tim Blake Nelson ’86, and JoBeth Williams ’70. “Looking back, I realize Jim opened up a whole new world for me,” Williams said. “He taught me how to access my feelings as an actor, and that changed everything. We were so lucky to have him as our teacher.”

Toward the end of one of those Thayer Street lunches years ago, Jim showed me a palmistry chart done during one of his trips to India. He pointed at the symbols and told me what had come to pass. It was the story of a life not without hardship or pain but one rich with adventure, unexpected turns, dedication, and resilience. I stared at the shapes, trying to decipher the meaning. When I looked up, Jim was smiling. He was comfortable with mystery. “It’s great, isn’t it?” he said. Then he nodded, the signal that our lunch was over.

Farewell, friend. You were an original. You changed lives. You will not be forgotten.

In Memoriam, The Arts

Reader Responses to “That Changed Everything”