Cashing Out
Digital currencies are on the rise, says Eswar Prasad ’86 AM in his new book 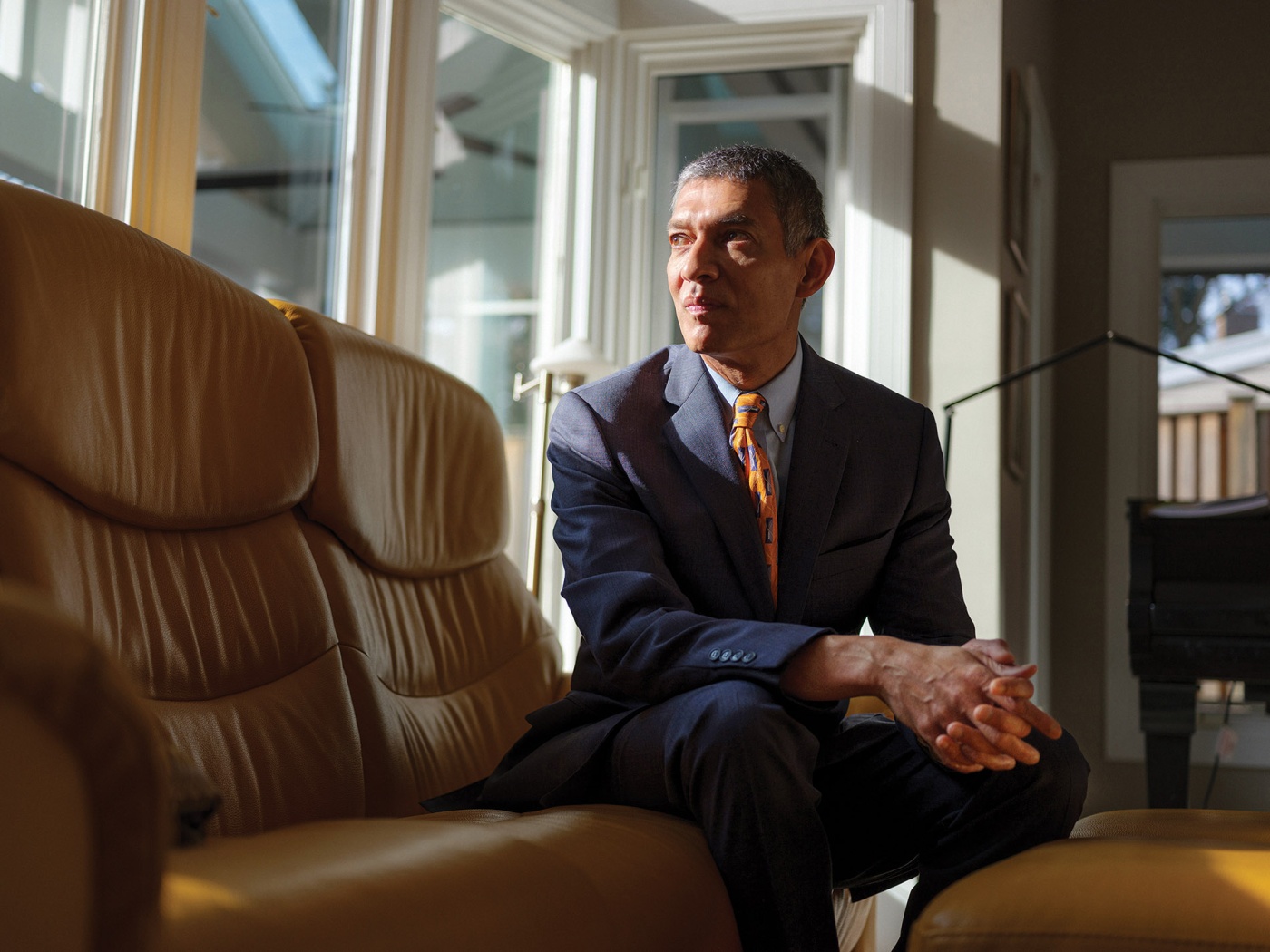 Photo: nate palmer
The digital revolution has touched every corner of our lives, including our finances. In his new book, The Future of Money, Cornell University economist and Brookings Institution senior fellow Eswar Prasad ’86 AM explains how the very nature of financial transactions is changing now that cash is on its way out and digital currencies are coming in. He spoke recently with BAM contributing editor Stephanie Grace ’87.

Do cryptocurrencies qualify as money?

Is that Bitcoin only or other cryptocurrencies?

Most decentralized cryptocurrency is like Bitcoin. But one of the problems with Bitcoin is that it has very unstable value. What has happened is that new cryptocurrencies have emerged that have tried to make up for the failings of Bitcoin. So, for instance, there are stable coins, essentially backed up by reserves in the form of U.S. currency. There is an irony here because the whole point of cryptocurrencies was to get away from government-issue moneys.

You write that the rise of cryptocurrency has influenced traditional banking and traditional exchanges of currency. How?
Central bank digital currencies (CBDCs) are coming; in fact in some places they have already arrived. The Bahamas is the first country to issue one—it’s called the Sand Dollar—but there are other countries such as Sweden, China, and Japan that have already initiated CBDC experiments. I think central banks are basically bowing to the reality that cash is on its way out.

Even on the street, as opposed to in a big retail store?

Exactly. In China the private payment providers have been very effective in making low-cost digital payments easy, with very cheap fees, so even if you’re buying a couple of dumplings from a street vendor, it turns out to be easier for the merchant and for the consumer. The central bank is considering issuing a digital version of its currency so that it can keep a foot in the game.

How is this different from using a credit card or a service like Venmo?

Because it’s basically zero cost, it can be made available to everybody. In a country like the U.S., you and I can use Apple Pay—but we need to connect it to a bank account or a credit card. About five percent of households in the U.S. are still unbanked or underbanked, so a CBDC could give them easier access to a digital payment system

What are the advantages of moving to digital currency?

If every activity is going to leave a digital trace, it’s less likely that central bank money is going to be used for illicit activities like drug trafficking, money laundering, and so on. It brings a lot of economic activity out of the shadows

If the only payment options are Apple Pay, Venmo, or a CBDC, we would be moving to a world where any notion of anonymity or privacy in our financial lives gets lost. So I think there are some real concerns.

Reader Responses to Cashing Out