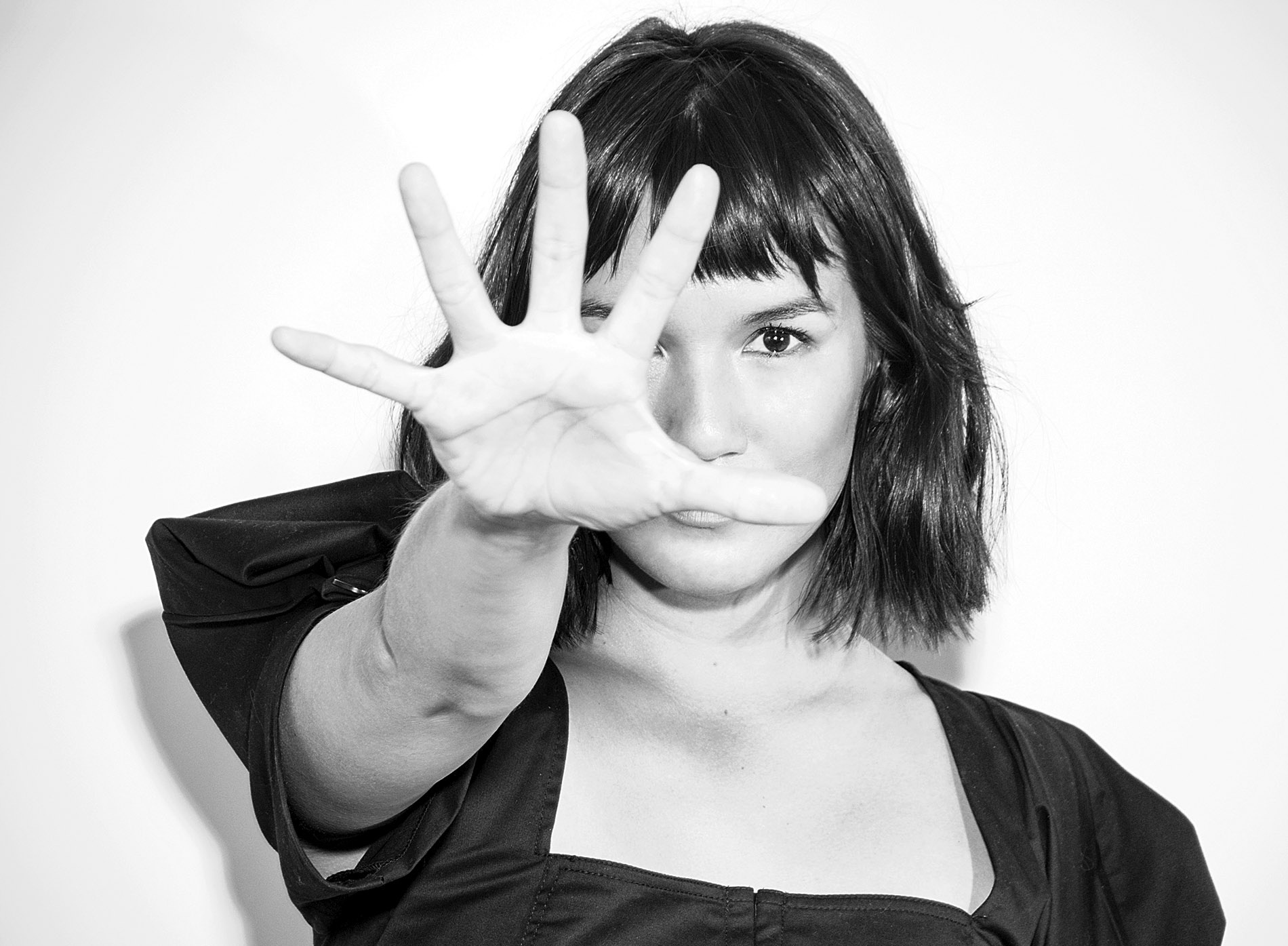 Goodbye, Art History
The Afterparty star Zoë Chao ’08 discovered her passion for acting in a class at Brown

Actress Zoë Chao ’08 is always looking for a chance to stretch. In the Apple TV+ series The Afterparty, she goes full Elasti-Girl by morphing into five zany personalities. Over the course of one animated episode, her “host” character gives voice to “tiny rage baby,” hippie Zoë, party girl Zoë, and “Mama Bear,” who roars furiously when provoked. Debuting in January, the Rashomon-meets-Agatha Christie comedy-mystery casts Chao as one of eight classmates whose high school reunion turns gruesome when somebody pushes the obnoxious afterparty host to his death. The question, posed by Tiffany Haddish’s eccentric detective: Who did it?

The show, created by comedy kingpin Chris Miller (Spider-Man: Into the Spider-Verse, The Lego Movie) offered welcome respite from the pandemic, Chao says. “We shot Afterparty in October 2020, so it was one of the first shows back. We’d been out of work for such a long time, we were all thirsty to play, and this was the best playground ever.”

Chao’s comedy-rooted castmates often leaned into their improvisational talents. “They had eight months’ worth of bits ready to go!” laughs Chao. Was she comfortable doing ad libs? “No, it’s terrifying! I’m a theater kid. I love to memorize lines. I love to be like, ‘Okay, here’s my container and all the things I can do inside of this.’ If you don’t give me a container and just say ‘Go!’ I get flop sweat. But I’ve learned if you have a good partner, they’ll make you look great. On Afterparty, I kind of had to step up.”

Chao’s projects include the 2020 Will Ferrell/Julia Louis-Dreyfus movie Downhill and HBO Max’s star-studded Modern Love. Later this year she’ll appear in Your Place or Mine with Reese Witherspoon and Somebody I Used to Know, featuring Alison Brie. In addition to supporting roles, Chao starred in the Facebook Watch show Strangers, created her own web series God Particles, and headlined opposite Finn Wittrock in the 2021 time travel romance The Long Weekend.

Raised in Providence with an art teacher mom and RISD-professor dad, the Brooklyn-based Chao notes that her plans for an “arts-adjacent” career went out the window when she became obsessed in her senior year at Brown with Professor Lowry Marshall’s Solo Show course. “I bombed my presentation on 17th-century Mughal art because all my energy was going into my one-person show Kitchen Paintings,” says Chao. “I wrote it, designed the sound, the sets, the costumes, the lights.” Chao wrote herself dual roles as an art thief and a bumbling security guard. “Doing that show,” Chao recalls, “I realized my passion was performing and I said goodbye to art history.”

Chao studied acting for three years at the University of California San Diego’s MFA theater program. “I cried most of the time on stage when I was at grad school,” Chao recalls. “Drama is what I watch. It’s what I read. I appreciate comedy but I always feel like I’m sneaking in through the back door. It’s so hard!”