Henry David Thoreau is not exactly known for his mathematical prowess. But while an undergraduate at Harvard in the 1830s, the famed Transcendental-ist thinker studied algebra, and assistant mathematics professor Steven Miller recently took an interest in his textbook, which is in the Brown archives. On this page, Thoreau worked through one of the exercises in the book, which is called Euler’s Algebra after the famed eighteenth-century Swiss mathematician who wrote it. 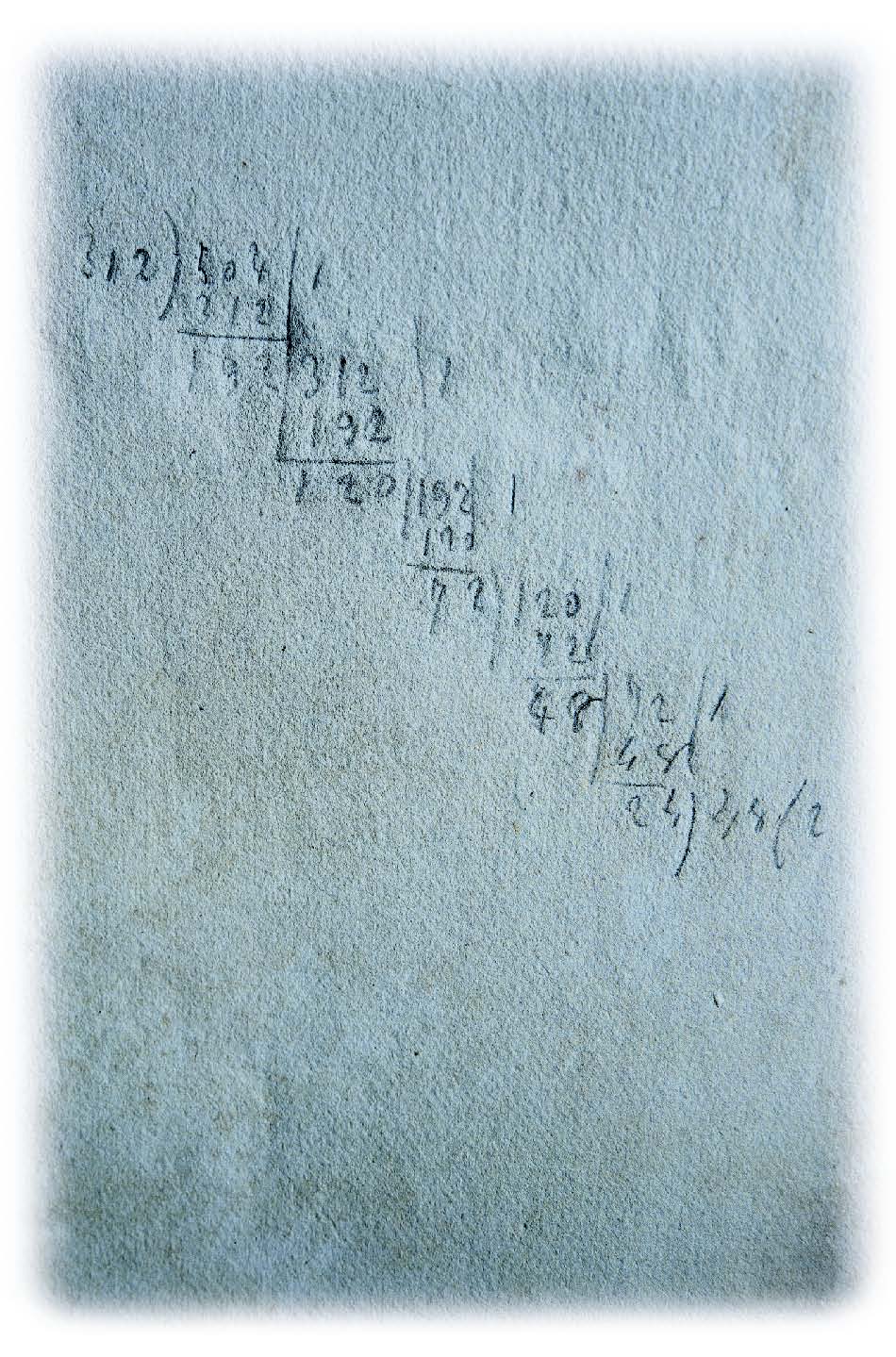 The exercise is fairly simple, Miller says, and would most likely be taught today in high school, not college. An example: “Here is a geometric pro-gression of four numbers such that the last is 24 more than the second, and the sum of the extremes is to that of the middles as 7 is to 3.” The student is then asked to identify the four num-bers (Answer: 1, 3, 9, and 27).

Miller says Thoreau’s jottings demonstrate a firm command of the material: “He was very thorough, pun intended.” Miller found no errors in the book except in one exercise where Thoreau failed to show all his work. But he got the question right. Miller says he became fascinated by the textbook because he wanted to “put himself in Thoreau’s shoes. Did he actually enjoy math classes or did he just grin and bear it?“

Unfortunately, Miller says, “I can’t tell one way or the other.”