Chalk it up as a victory for independent bookstores.

Just two months after a University panel recommended handing management of the Brown bookstore to a private company, University Hall decided in early May to maintain the status quo and keep operating the bookstore itself. 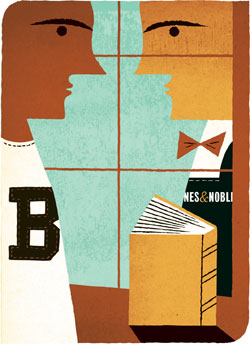 In the end, according to Elizabeth Huidekoper, executive vice president for finance and administration, the University decided that having a chain such as Barnes & Noble operate the bookstore risked compromising “some of Brown’s institutional values.”

In particular, she said, to preserve bookstore employees’ benefits at their current level, Brown would have had to make so many contract concessions to the vendor that “some of the cost benefits to outsourcing wouldn’t be there.” She also said Brown wanted a more generous textbook return policy than private vendors typically permit.

The University now plans to bring in consultants to help develop a strategic plan for making significant infra-structural changes to the bookstore, which even its staunchest defenders acknowledge are necessary. The 25,000-square-foot store on Thayer Street was last rehabbed in the early 1990s, long before chains and online retailers transformed the industry. As a result, the bookstore’s inventory is far more limited than that of most competitors, and the layout of the space strikes many customers as cramped and difficult to browse.

“The bookstore is certainly adequate, but adequate is a low standard,” says Ken Miller ’70, a biology professor, who served on the University panel that recommended bringing in a national chain. “What’s clear to most of us is that the bookstore does not really serve as well as it could as an intellectual and social focus for the University community.”

Though the bookstore is independently operated, it reimburses Brown for utilities and systems and administrative support. Huidekoper, who chaired the University panel, had said that by outsourcing the bookstore’s operations, Brown could get market-value rent, which she estimated at $500,000 a year, instead of the $30,000 it now gets from the store.

The controversy over the bookstore began in March when the committee, which included students, faculty, and administrators concluded that the best way to handle the future of the store was to sell it to a national chain, preferably Barnes & Noble.

“The committee believes Barnes & Noble College Booksellers would work diligently to best serve the Brown community’s unique scholarly needs,” the Bookstore Review Committee stated in its report, noting that in recent years many Ivy schools have outsourced their bookstores to Barnes & Noble.

Within days, students and faculty had formed Save the Bookstore Coalition (www.savethebookstore.org) to counter the recommendation. At stake, members said, was not only the future of the bookstore but also Brown’s identity as a progressive, help-the-little-guy institution.

“The Brown we know wouldn’t do this,” said Peter Sprake ’07, a bookstore customer service clerk who opposed the move. “This is a new corporatist Brown.”

The Save the Bookstore Coalition argued that the bookstore is a well-run student- and faculty-friendly operation whose staff has several decades worth of experience in serving an academic community. Members worried that longtime employees will be laid off or stripped of benefits they now enjoy on the University’s payroll.

Barnes & Noble never did submit a specific proposal for managing the booktore, but before Brown’s decision to keep it independent, Barnes & Noble spokesman Stan Frank had said the company was “very interested” in coming to campus. He also pointed to the bookseller’s success running campus stores at Harvard and Yale: “We have to be doing something right.”

The question of outsourcing managment of the bookstore has arisen before and no doubt it will one day be proposed again. But for now, at least, the bookselling chains will have to stay away.

Reader Responses to The Book Business