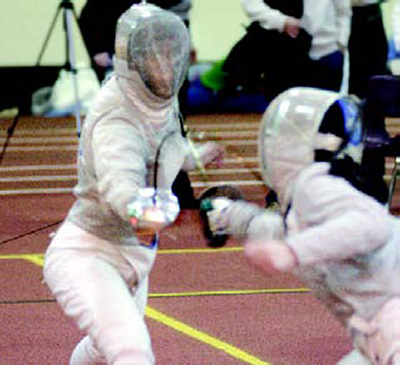 »Women’s Fencing The winter season’s only league championship came from the women’s fencing team. On January 28, the saber and épée squads won the Northeast Fencing Conference title by steamrolling Boston College, Brandeis, Dartmouth, MIT, and Sacred Heart University in matches held in the Olney-Margolies Athletic Center. Deborah Gorth ’09 led the Bears to the title by recording the clinching point and compiling a 13–2 record on the day, and Randy Alevi ’10, the December NFC Fencer of the Month, chipped in with a 12–2 mark.