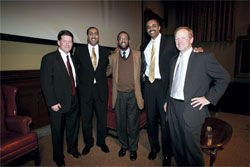 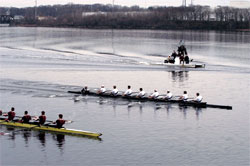 The men’s varsity eight earned headlines on the Seekonk River April 7, when the crew, stroked by Joe Donahue ’07, edged out Harvard, the three-time defending national champion, in 5:35.7. It was the Crimson’s first varsity-eight loss in three years.