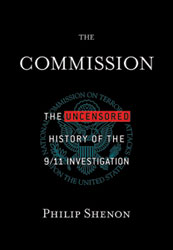 In The Commission: The Uncensored History of the 9/11 Investigation, New York Times reporter Philip Shenon '81 accuses the commission's executive director, Philip Zelikow, of slanting the report. Zelikow's background raises eyebrows—the University of Virginia historian worked on Bush's 2000 transition team, is a friend of Condoleezza Rice, and is the author of a strategy paper justifying preemptive war. But after Shenon's book came out, several 9/11 commissioners defended Zelikow, and, defending himself, he released his e-mail correspondence with Shenon. Former White House counterterrorism director Richard Clarke praised The Commission's "insight into the Bush White House and its amoral attitude toward governing." The Washington Post, however, criticized its sourcing. Critics agree on one thing: it's a great read.
What do you think?
See what other readers are saying about this article and add your voice.