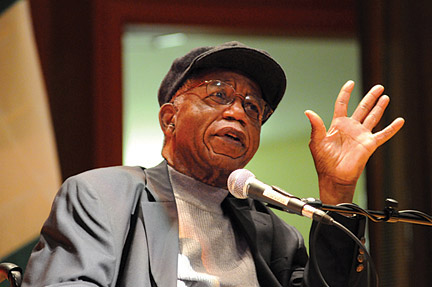 On November 10, Brown welcomed the famed Nigerian author Chinua Achebe to the faculty. Achebe, whose best-known work is the 1958 Things Fall Apart, became the David and Marianna Fisher University Professor and a member of the Africana studies department. In his remarks at the ceremony, Achebe talked about the numerous obstacles to the spread of democracy in Africa. "The danger of what I am saying is reaching despair," he said. "Don't allow despair, but if you look at the evidence, it's going to be tough." Both President Ruth Simmons and Nobel Prize–winning author Toni Morrison attended the event.
What do you think?
See what other readers are saying about this article and add your voice.