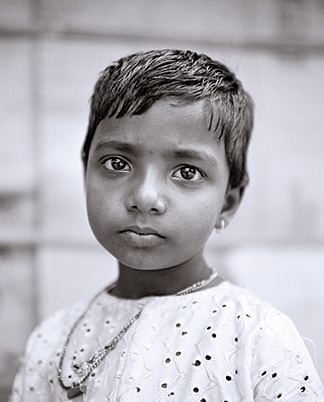 Fazal Sheikh takes photographs of the displaced—immigrants, refugees, and people forced to leave their homes and live on society's margins. Until May 30, the David Winton Gallery is exhibiting Sheikh's recent photos of women in rural India. These photos depict widows who come to the Indian holy city of Vrindavan to seek moksha, the Sanskrit term for being free from suffering. Sheikh, who won a 2005 MacArthur "genius" award, says he spends extensive time with his subjects, earning their trust and seeking a true understanding of their plight.
What do you think?
See what other readers are saying about this article and add your voice.