Matt Severson was staying at a luxury resort in northern Tanzania when he struck up a conversation with a boy grazing his cow on the hotel’s front lawn. The boy’s name was John Medo, and he turned out to be friendly and chatty. In his broken English, he told Severson he wanted to grow up to be president of Tanzania. Then he invited Severson to visit his family’s tiny clay home a half-mile down a dusty dirt road. 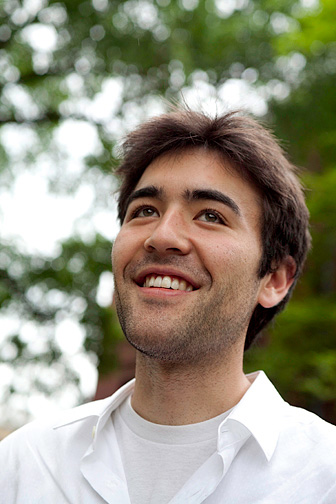 Photo: Mark Ostow
Matt Severson.
Medo’s parents told Severson their son was an excellent student, but would not be able to continue his schooling because the $150 fee the government charged was more than they could afford. “I was pretty shocked,” Severson says. “Here was this kid who was incredibly ambitious and willing to dream big, but barred from education by as little as $150.”

The next day Severson found Medo and gave him the $150.

Severson has paid for all four years of Medo’s high school and has visited the family in Tanzania every summer. He became obsessed with making sure that as few Tanzanian children as possible would be prevented from pursuing their dreams of a better life because they lacked a small amount of money. At the beginning of his junior year, Severson launched the School Fund, an organization whose website enables donors to pick out a student and pay the fees for his or her schooling. The Fund stresses accountability and gives sponsors direct contact with their student.

“We are trying to bring a whole new level of transparency to foreign aid,” Severson says. Sponsors can see a picture of the child and learn about the child’s background before giving, and sponsor and child can exchange notes and messages in an online journal. Severson finds the children by asking local school officials and teachers to identify those with great promise but not enough money to continue their education.

This April, Severson attended a meeting of the Clinton Global Initiative University and received a special citation from the former president for his charitable efforts. So far, the School Fund has spread to eight other countries—Haiti, India, Kenya, Malawi, Panama, Uganda, Sierra Leone, and Zimbabwe—and has raised $35,000 for 120 children.

After graduation, Severson will head to northern California, where he grew up, to work at Google. He says working on the School Fund has given him a feel for the excitement and pleasures of entrepreneurship, and he eventually wants to start his own company. But he has no intention of abandoning the School Fund. A leadership team of three Brown sophomores will take over the project next year while Severson works in his spare time to keep expanding the Fund.

Meanwhile, John Medo is in school, pursuing his dream of one day becoming the head of his country.