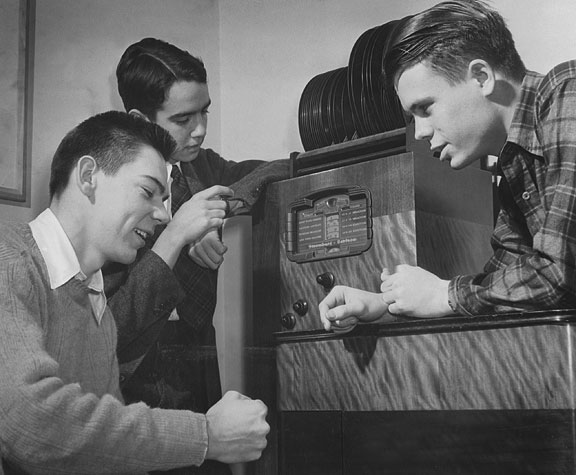 In 1941, with the heyday of television still a decade away, radio reigned supreme. It was how people got their news about the war in Europe. By the end of the year, the United States would enter World War II, with many Brown men fighting overseas. Here Donald Corzine ’43, William Drennan ’44, and Julian Burgess ’43 (left to right) huddle around a cabinet radio. The vertically stacked records above the radio provided further entertainment.

Reader Responses to Tuning In