The Year in Sports

For those of you who are not Brown sports junkies but still care about how the Bears are doing in athletic competition, here’s the BAM’s annual list of top highlights and memorable moments. 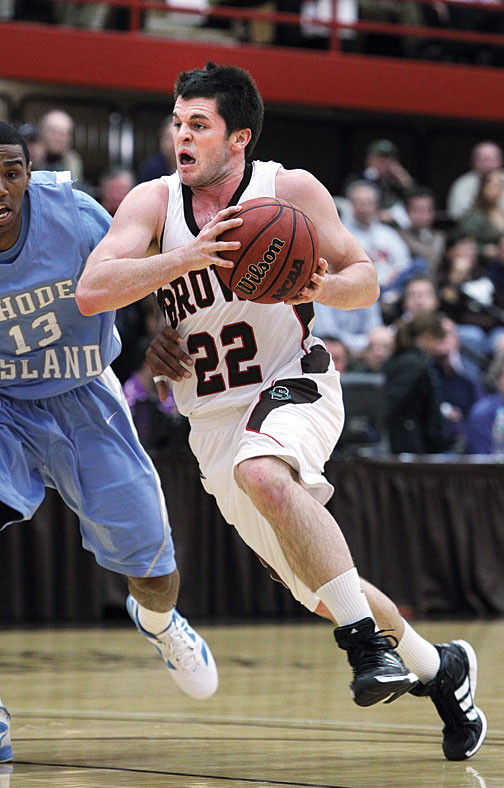 • For the second consecutive year, the men’s soccer team qualified for the NCAA Tournament and advanced to the Sweet 16. This year’s   team managed to beat both Fairfield and St. John’s in the postseason before bowing in overtime to St. Mary’s.

• For the second straight year, the football team played a home game under the lights. This time, the Bears defeated intrastate rival URI, 35–21, in front of more than 10,000 fans.

• Tommy Glenn ’14 became an honorable mention All-American after finishing thirteenth in the 200 butterfly at the 2012 NCAA Division I Swimming and Diving Championships.

• Dave Foxen ’12 won the 174-pound weight class at the EIWA Championships as an unseeded wrestler, something that had not been done since 1963.

• In alumni news, Zak DeOssie ’07, a long snapper with the New York Giants, won his second Super Bowl ring in five years. He has also been to two Pro Bowls.

• In April, the University opened the long awaited Nelson Fitness Center, Moran Coleman Aquatics Center, and Zucconi Strength and Conditioning Center. The beautiful facility has earned praise for its design, and should fill a huge need on campus.

• Men’s crew upset Harvard in the varsity eight race to win the Ivy League trophy at the EARC Sprints. In July, Brown boats placed second in the Grand Challenge Cup and the Temple Challenge Cup  at the Henley Royal Regatta.

Reader Responses to The Year in Sports