As of mid-February, men’s basketball was only 9–13 for the season (3–5 in Ivy League play). Yet the team will always remember its shocking 69–68 upset over Providence College at Pizzitola on December 28, when Tucker Halpern ’14 (right) sank a three-pointer for the win with seven seconds left in the game. Halpern, who missed last season fighting the Epstein-Barr virus, had twenty-eight points that night, including twenty-four from beyond the arc. 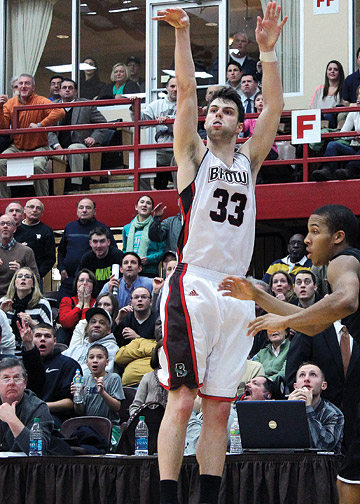 The art and science of presidential speechwriting
Science & Tech